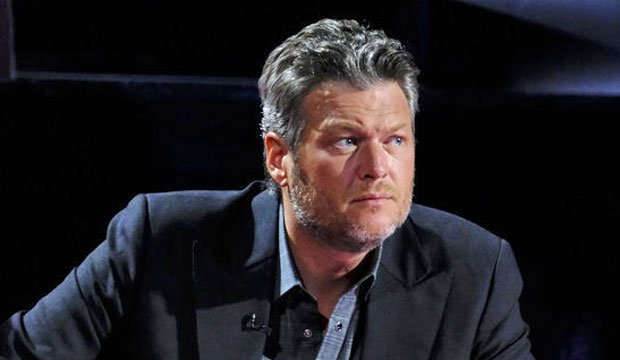 Add Willie Nelson to the list of people that have beaten Blake Shelton at the Grammys. With his loss at Sunday’s 62nd Grammy Awards, the country superstar (and winningest coach in “The Voice” history) has now gone 0-for-8 with the recording academy. Shelton’s latest nomination came for Best Country Solo Performance for his hit song “God’s Country,” which lost to Nelson’s “Ride Me Back Home.” (See the complete list of Grammy winners.) During CBS’s live ceremony, Shelton and girlfriend Gwen Stefani performed an emotional rendition of their duet “Nobody But You.”

Shelton brought up his unfortunate Grammy losing streak during an October episode of “The Voice” Season 17. “I haven’t been nominated for a Grammy very many times, but the one time I thought I had a shot was the freaking ‘Wagon Wheel’ year,” he said to guest mentor Darius Rucker, who beat him for that category in 2013. “Darius won his 50th Grammy and I still have an empty spot in my house.”

Rucker jokingly corrected him by saying it was only his third Grammy, not his 50th. His other two trophies came for Best New Artist for Hootie & the Blowfish (1995) and Best Duo/Group Pop Performance for “Let Her Cry” (1995). Rucker then noted how successful Shelton has been over the past decade by proclaiming, “Yeah, but you have to invite me to your television show, so we’re all right.”

Shelton responded with a simple, “Fair enough.” At the 56th Grammy Awards Shelton lost his nomination for “Mine Would Be You” to Rucker’s “Wagon Wheel.” That was the same year Shelton’s album “Based On A True Story” was nominated for Best Country Album, which lost to Kacey Musgraves‘ “Same Trailer Different Park.”

SEE2020 Grammys best performances: Was the star of the show Demi Lovato, Camila Cabello, Tyler the Creator or …? [POLL]

Counting this year, Shelton has been nominated for eight Grammys throughout his career. Here they are:

Best Country Solo Performance for “Over” (2012)

Best Country Solo Performance for “Mine Would Be You” (2013)