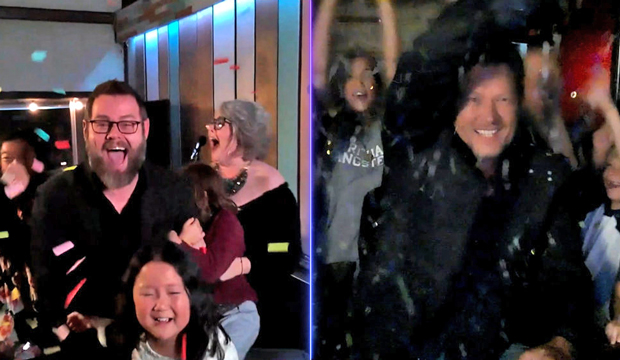 Blake Shelton‘s losing streak came to an end on Tuesday night when he won his seventh “The Voice” championship thanks to Todd Tilghman. (Read our minute-by-minute recap to see how it all went down.) Todd, a 42-year-old pastor from Meridian, Mississippi, was a front-runner to win Season 18, particularly after leading Apple Music sales following Monday’s performance show. Todd’s success means that his coach Blake has won his first title in four seasons. See the updated list of “The Voice” winners in our photo gallery below.

Even though the country superstar coach has been with “The Voice” since day one, he’s found it harder and harder to win the competition as the years have gone by. In fact, his losing streak was frequently the butt of jokes from his fellow coaches and host Carson Daly.

Throughout his 18 seasons, Blake had never lost four in a row until recently … and it’s all because of Kelly Clarkson. This former “American Idol” winner came on strong in 2018 and won three of her first four championships: Brynn Cartelli (Season 14), Chevel Shepherd (Season 15) and Jake Hoot (Season 17). John Legend won the time that Kelly lost thanks to Maelyn Jarmon (Season 16).

SEE ‘The Voice’: Did Todd Tilghman deserve to win season 18 or was Thunderstorm Artis robbed? [POLL]

But Blake’s losing streak is now officially over as of the season finale, with Todd beating co-runners-up Thunderstorm Artis (Team Nick Jonas) and Toneisha Harris (Team Blake). Fourth place went to CammWess (Team Legend), with Micah Iverson (Team Kelly) coming in fifth. Season 18 was unique in that the live episodes had to be filmed remotely from home due to the coronavirus pandemic.