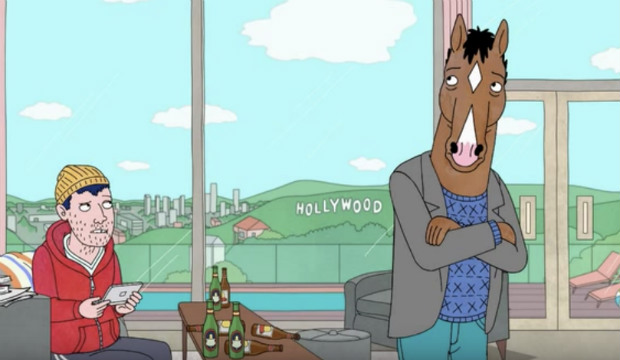 When “BoJack Horseman” first debuted on Netflix in the summer of 2014, few could have predicted a satire of Hollywood starring a horse would become one of the most profound shows of our time. The animated comedy-drama produced six hilarious seasons that not only nailed the absurdity of show business but also captured something truly painful and universal about being human.

The titular horse at the heart of “BoJack Horseman” is a former sitcom star who struggles with alcoholism, fading relevancy and emotional abuse from his parents, so it’s only natural that some ugly truths are stated as BoJack and company grapple with life in the modern age. Tour our gallery below of the 15 “BoJack Horseman” sad quotes ranked by how they still affect us.

BoJack, jaded and depressed, is typically the one uttering such profound musings on life. In the very first episode, he establishes how desperate he is for people to love him again, stating very plainly to Todd: “I can’t say no to people because I want everyone to like me.” That insecurity causes all kinds of destruction for not only his own life but the lives of those around him, especially those he loves most. While BoJack should not be absolved of the trauma he inflicts, you can’t help but feel bad for him when you see flashbacks to his miserable childhood, between his adulterous father and his bitter mother. Almost every scene featuring Beatrice is devastating as she blames BoJack for ruining her life, brutally stating at one point: “I’m punishing you for being alive.”

Other characters are not free from their own turmoil, as Diane battles with depression and Mr. Peanutbutter is even more eager for others to like him than BoJack. As Diane proposes an app with an “undo button that can undo long amounts of time” or Mr. Peanutbutter reveals he thinks of the universe as a “cruel, uncaring void,” you see how those uncomfortably human feelings of regret and shame are not exclusive to BoJack. “BoJack Horseman” can often be a tough show to watch but when it offers such deep insight into the human experience, it can be oddly comforting to know you’re not alone. Thankfully, the show also suggests hope at the end of a long tunnel of darkness, and it can be as simple and beautiful as the final shot of the series: BoJack and Diane sitting on a rooftop agreeing on how nice of a night it is and looking up to the night sky in comfortable silence.