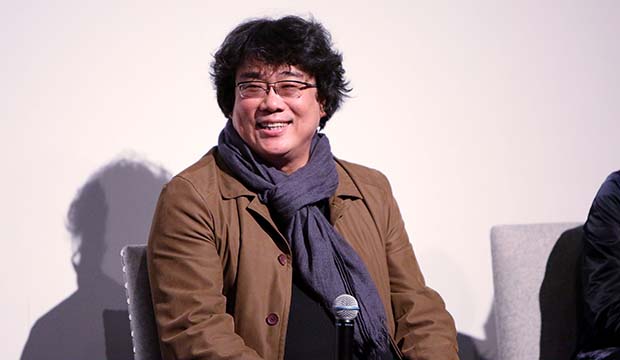 That was fast. Just days after Bong Joon Ho‘s “Parasite” won Best Foreign Language Film at the Golden Globes and the director proudly proclaimed, “Once you overcome the one-inch-tall barrier of subtitles, you will be introduced to so many more amazing films,” HBO has announced a TV series based around the South Korean film. Per Variety, Bong Joon Ho and Adam McKay are in talks to executive produce the program, which could be either a “direct English language remake of the film, or some kind of spinoff.” Will you watch a “Parasite” limited series? Vote down in our poll below.

SEE2020 National Society of Film Critics Awards: Complete list of winners including ‘Parasite,’ ‘Little Women,’ ‘Once Upon a Time in Hollywood’

As of this writing “Parasite” has grossed $24 million domestically ($130 worldwide), making it one of the most successful foreign language films in U.S. history. The film stars Song Kang Ho, Chang Hyae Jin, Choi Woo Shik and Park So Dam as members of the poor Kim family who try to creep into the lives of the rich Park family. The film is predicted to earn Oscar nominations in several key categories including Best Picture, Best Director, Best Supporting Actor for Song Kang Ho, Best Original Screenplay, Best Film Editing and of course Best International Film.

This would be Bong Joon Ho’s first collaboration with HBO, while McKay has previously worked with the paycaster on programs like “Eastbound & Down” and “Succession.” McKay is also set to produce a limited series about the life and death of Jeffrey Epstein. While little is known about the plot of the “Parasite” TV project, three production companies have already signed on: Kate Street Picture Company, CJ Entertainment and Hyperobject Industries.

Bong Joon Ho has amassed quite an international fan base over the past few years, especially after “Snowpiercer” (2013) and “Okja” (2017) took off with audiences. “Parasite” is unquestionably his biggest hit so far, both commercially and with awards groups.