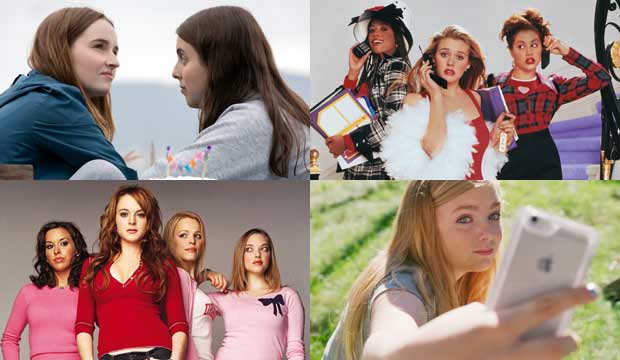 “Booksmart” earned a Writers Guild Award nomination for Best Original Screenplay for its scribes Emily Halpern, Sarah Haskins, Susanna Fogel and Katie Silberman. But will that translate to the Oscars? The WGA has often been hospitable to acclaimed teen movies, but for some reason the Oscars rarely are.

The film follows two high school overachievers (Beanie Feldstein and Kaitlyn Dever) who are determined to have one night of wild partying before graduation. It was acclaimed by critics, Feldstein was nominated for a Golden Globe, and first-time director Olivia Wilde earned bids from the Gotham Awards and Independent Spirit Awards for her breakthrough filmmaking. But it ranks ninth in our Oscar odds for Best Original Screenplay. Perhaps our users are hesitant to predict it having been burned before.

You see, this isn’t the first time the guild has opened its doors to a teen movie. “Animal House” (1978), “Fast Times at Ridgemont High” (1982), “Risky Business” (1983), “Clueless” (1995), “Mean Girls” (2004), “The Perks of Being a Wallflower” (2012) and “Eighth Grade” (2018) all earned Writers Guild nominations only to have the Oscars turn them away. Some of them have gotten the last laugh, though, remembered as coming-of-age classics even though the academy didn’t take them seriously enough at the time.

The Oscars aren’t completely allergic to young people, though. “Almost Famous” (2000), “Billy Elliot” (2000) “Juno” (2007), “Moonrise Kingdom” (2012) and “Boyhood” (2014) were all nominated for writing Oscars for telling stories about teens, and “Juno” won Best Original Screenplay from the academy. A few of those films were focused on the grownups about as much as the kids, though.

So which way will it go for “Booksmart”? The Writers Guild Awards are presented by industry peers, just like the Oscars are, so that’s a good sign for the film. But the WGA has such strict eligibility rules that a couple of top Oscar contenders (like “Once Upon a Time in Hollywood” and “Pain and Glory”) weren’t eligible here. If either of those films makes the academy’s lineup, at least one WGA nominee is going to pay the price.

So can “Booksmart” go where so many other teen movies have tried to go before? Or will it be another case of the Oscars not being cool enough for school?