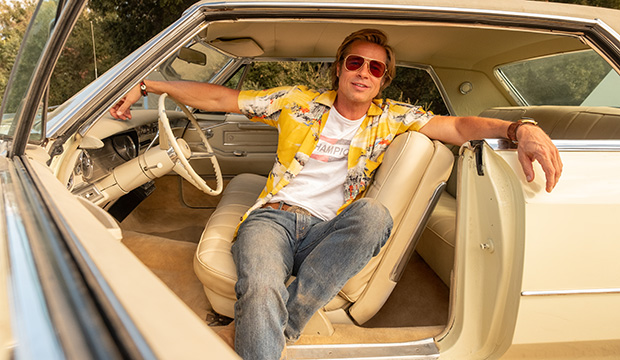 As heavily predicted, Brad Pitt won Best Supporting Actor at Sunday’s Golden Globe Awards for Quentin Tarantino‘s “Once Upon a Time in Hollywood, and with it, he’s claimed two records.

Pitt, who took home this award for “12 Monkeys” (1995), is the sixth person to win this category a record two times. The 24-year spread between his twin wins is also the longest as none of the previous five had more than a decade between their bookend supporting Globes.

Here are the other two-time champs:

Of the quintet, only Attenborough failed to get corresponding Oscar nominations (he, of course, eventually won two Oscars for directing and producing 1982’s “Gandhi”). Three won the Oscar for one of their Globe-winning performances: Gwenn (“Miracle on 34th Street”), Landau (“Ed Wood”) and O’Brien (“The Barefoot Contessa”). Waltz is the only one to translate both into Oscar wins and for Tarantino films no less. Pitt was Oscar-nominated for “12 Monkeys,” but fell to Kevin Spacey (“The Usual Suspects”), so if he goes on to win the Oscar for “Once Upon a Time in Hollywood,” that’d be in line with the 50 percent conversion rate.

And at this point, there is no reason to think he won’t win his first acting Oscar (he has one for producing Best Picture champ “12 Years a Slave”). He hasn’t relinquished his hold on the top spot the entire season, has dominated the critics awards, and “Once” has been a heavy-hitter without being seen as a dominant frontrunner. Eight of the previous 10 Globe supporting actor champs have gone on to nab the Oscar.