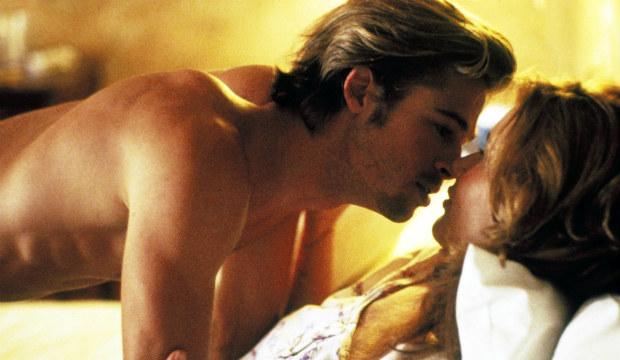 Brad Pitt’s witty speeches this Oscar season have been a major highlight of each award show, where he is sweeping for his performance as Cliff Booth in “Once Upon a Time in Hollywood.” His charming attitude and knack for delivering a good zinger has made him one of the industry’s most beloved stars. The actor is responsible for some of the most iconic lines in movie history, from his explanation of the rules of Fight Club in the film of the same name to his pleading to know what’s in the box in “Se7en.” Above, check out our photo gallery featuring Pitt’s 15 greatest movie quotes throughout his film career.

Pitt is also capable of some of our more profound quotes, like his line about how “nothing lasts” in “The Curious Case of Benjamin Button” or his speech in “The Big Short” about the cost of being right about the impending financial crisis. Whether spouting off an epic insult with his trademark swagger or offering a sincere insight about humanity, one of our last true movie stars continues to captivate us through the decades.

“Once Upon a Time in Hollywood” marks Pitt’s fourth Oscar nomination for acting, following his Supporting Actor bid for “12 Monkeys” (1995) and a pair of lead noms for “The Curious Case of Benjamin Button” (2008) and “Moneyball” (2011). Technically, Pitt already has an Oscar for producing the 2013 Best Picture winner “12 Years a Slave” but an acting win is richly overdue for a star of his caliber.