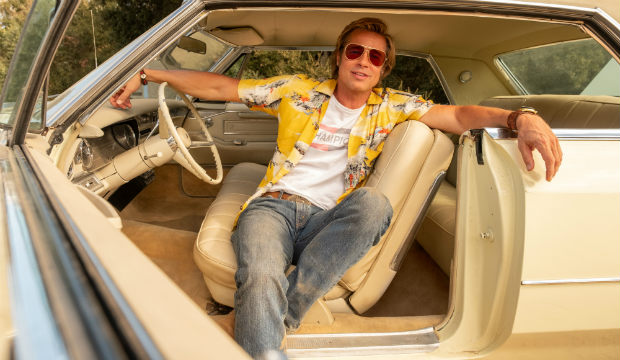 Surprising absolutely no one, Brad Pitt just won the 2020 Oscar for Best Supporting Actor. After all, to quote a memorable scene from Quentin Tarantino‘s “Once Upon a Time in Hollywood,” the concept of Pitt winning was “as real as a donut.” Throughout this truncated awards season the 56-year-old actor claimed precursor prizes at every televised awards show: Golden Globes, Critics’ Choice, SAG Awards and BAFTAs for his role as stuntman Cliff Booth. During his Oscar speech Pitt got political by mentioning the Senate hearings that cleared President Trump of wrongdoing, and then told stories of his childhood. “Once upon a time in Hollywood, ain’t that the truth,” he stated emotionally. Below, see four reasons why Pitt just won his first Oscar for acting.

1. It was time.
Before tonight, Pitt already had an Oscar on his mantel for producing “12 Years a Slave” (2013) with his production company Plan B. But he had yet to win an acting Oscar despite three prior nominations for “Twelve Monkeys” (supporting in 1995), “The Curious Case of Benjamin Button” (lead in 2008) and “Moneyball” (lead in 2011). Sure, there were many Hollywood stars with more Oscar acting losses under their belts (looking at you, Glenn Close, Amy Adams and Bradley Cooper), but as we know, winning is all about timing. Pitt’s time finally arrived on Sunday night.

2. Voters wanted to be on the winning team.
We see it year after year. Once an awards contender gets on a roll, there’s almost nothing that can stop them. After all, deep down we all want to be on the winning team. In recent years we’ve seen unprecedented sweeps of the Golden Globes, Critics’ Choice, SAG Awards and BAFTAs by folks like J.K. Simmons (“Whiplash” in 2014), Sam Rockwell (“Three Billboards Outside Ebbing, Missouri” in 2017) and Mahershala Ali (“Green Book” in 2018) in this category alone. In each case the Oscars rubber-stamped the winners, so there was no reason to believe Pitt wouldn’t follow in their footsteps.

SEE2020 Oscar nominations: Full list of nominees in all 24 categories at the 92nd Academy Awards

3. That “Irishman” vote-split.
Earlier this awards season pundits believed either Al Pacino or Joe Pesci could take home an Oscar for “The Irishman.” That, folks, is what we call a vote-split. If just one of these legendary actors was up for an Oscar for Martin Scorsese‘s Netflix film, he might have been able to give Pitt a run for his money. But with both in the race, they essentially canceled each other out. The other two Best Supporting Actor nominees were Tom Hanks (“A Beautiful Day in the Neighborhood”) and Anthony Hopkins (“The Two Popes”).

4. The charm offensive.
Every time Pitt gave an acceptance speech this season, it went viral. At the Globes he mentioned how his friend “LDC” (aka Leonardo DiCaprio) should have “shared the raft” on “Titanic.” At the SAG Awards he joked, “I gotta add this to my Tinder profile.” Then backstage the charmer reunited with ex-wife Jennifer Aniston (winner for “The Morning Show”) and instantly made everyone forget about Angelina Jolie. If you thought the Academy Awards were going to pass up the opportunity to have their own “Brad Pitt Moment” on Hollywood’s biggest stage, you were fooling yourself.