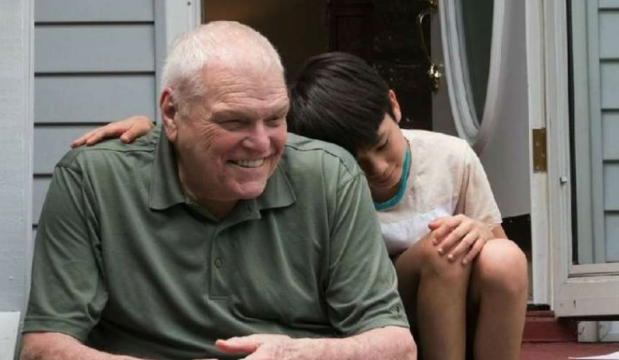 When Brian Dennehy died this past April at the age of 81, the “Everyman” character actor of extraordinary complexity left behind memorable performances in such films as 1979’s “10,” 1982’s “First Blood,” 1985’s “Cocoon” and “Silverado” and 1990 “Presumed Innocent,” countless TV appearances and gut wrenching, Tony Award-winning turns as Willy Loman in the 1999 revival of Arthur Miller’s “Death of a Salesman” and as James Tyrone in the 2000 revival of Eugene O’Neill’s “Long Day’s Journey Into Night.”

“He was a towering, fearless actor taking on the greatest dramatic roles of the 20th century,” Robert Falls, artistic director of the Goodman Theater in Chicago, told the New York Times. “There were mountains that had to be climbed, and he no problem throwing himself into climbing them.”

Dennehy was nominated for six Emmys including for his terrifying performance as serial killer John Wayne Gacy in the 1992 miniseries “To Catch a Killer” and won a Golden Globe and Screen Actors Guild Award in 2001 for the TV version of “Death of a Salesman.”

The actor has received some of the best film reviews of his long career in the intimate independent drama “Driveways,” which FilmRise opened digitally less than a month after his death, after travelling the festival circuit in 2019.  The film, which scores 100% fresh on Rotten Tomatoes, was nominated for several awards including two Independent Spirit Awards; Dennehy received several critics’ groups nominations including the Boston Society of Film Critics. “Driveways” may be a small film, but its budget doesn’t diminish its heart.

Directed by Andrew Ahn and written by Hannah Bos and Paul Thureen, “Driveways” revolves around the strong friendship that develops between a young Korean American boy Cody (Lucas Jaye) who accompanies his high-strung mother (Hong Chau) to a small town in order to clean out the house of her late sister. Dennehy plays the neighbor Del, who is a widower, Korean War vet and retiree. Though their relationship starts out a bit rocky, Del and Cody develop a surrogate son-grandfather kinship built on kindness and compassion.

Here’s a look at some of the rave reviews:

Bill Newcott in “The Saturday Evening Post” said that “Not since Richard Linklater’s ‘Boyhood’ has the company of genuinely good people, facing life with optimism and open hearts, seemed so compelling. You can browse through Brian Dennehy’s 180-plus movies and TV shows and find just a handful of leading roles among them. A film like ‘Driveways,’ enlivened by his understated portrayal of a quietly thoughtful veteran, makes you wish he’d had more. ‘Driveways’ is a fine monument to remember him by.”

The New York Times’ Jeanette Catsoulis noted that “what we might remember most, perhaps appropriately, are Dennehy’s warm, weary features and rich line readings. In a lovely final monologue, Del advises Cody to avoid rushing past the experiences in life that matter, as they pass so quickly on their own. Much like the careers of beloved actors.”

Justin Chang in the L.A. Times found Del is “as forceful and tender creation as any in this great actor’s body of work. There isn’t a hint of overt speechifying in the movie, but Del does get a short, sweet monologue in which he reflects on this life: about his military days, his decades-long marriage, his blessings and his failures as husband and father. It’s probably nothing that Cody can directly relate to just yet, but in summing up a lifetime’s worth of joys and regrets, Del can’t help but pierce the air between them.” “Driveways,” Chang added, “shows us how unlikely people can come together under imperfect circumstances and fit together perfectly. It also shows how fleeting that perfection can be.”

And Michael Phillips in the Chicago Tribune described Dennehy as “marvelous” in the film.  “I don’t want to overinflate this film’s worth. But I’m so glad Ahn and company managed to give Dennehy such a big-hearted goldmine to serve as the actor’s valediction.”

Just as Linda Loman says in “Death of a Salesman”-“attention must be paid” to Dennehy’s performance. His work in this movie can’t be forgotten during this awards season.