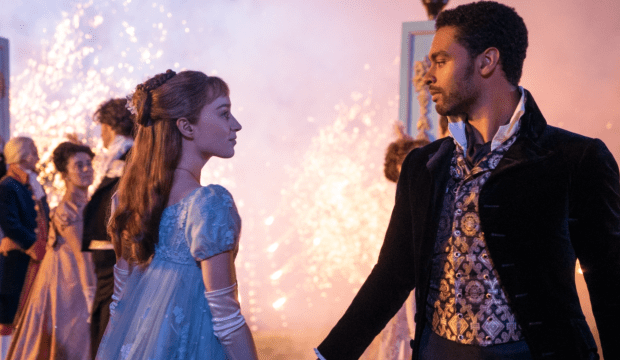 Three years after Shonda Rhimes inked a deal to bring her boundless creativity to Netflix, her first series for the streaming service, “Bridgerton,” has set a release date. The highly-anticipated show will bow on December 25, a perfect Christmas  present for Shondaland fans.

Set in London during the nine-year Regency period of 1811 to 1820 (when King George III was deemed unfit to rule due to illness), “Bridgerton” centers on Phoebe Dynevor’s character Daphne Bridgerton as she enters the ruthless marriage market. Created by frequent Rhimes collaborator Chris Van Dusen, the show takes its inspiration from author Julia Quinn’s series of eight “Bridgerton” novels, each of which focuses on one of the eight eponymous siblings.

DISCUSS “Bridgerton” with industry insiders in our notorious forums

With her move to Netflix, Rhimes may get a boost to her Emmy Awards prospects. The prolific writer and producer has three career bids––all for “Grey’s Anatomy”––but hasn’t competed since 2007. With the television academy’s shift away from broadcast series toward streaming, “Bridgerton” looks to be a strong contender across the board, including the below-the-line categories based on this first look.