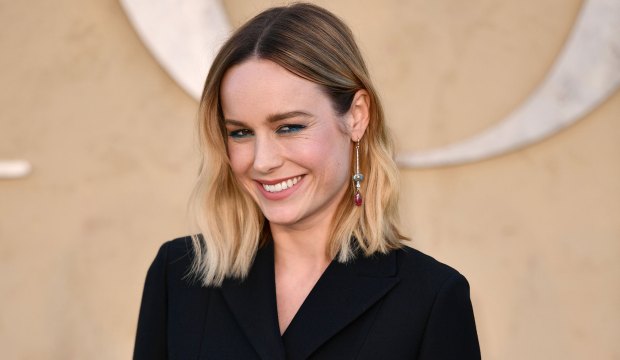 You might not have noticed from watching the Creative Arts Emmys on Thursday night, September 17, but Brie Larson is now an Emmy winner. She won Best Original Interactive Program for “The Messy Truth VR Experience” along with fellow producers Van Jones, Elijah Allan-Blitz and Jana Carter. She didn’t give the official acceptance speech for the program during the streaming Emmy webcast, but she did give one of her own on social media. Scroll down to watch it below.

“We hope that this brings some momentum and life to this project so we can bring this out to the world, so we can equally distribute this technology and this incredible project,” said Larson. “The Messy Truth” is a virtual reality experience from Oculus that puts viewers in the point of view of people from different walks of life, including a Black 12-year-old boy in a car when he and his father (“Black Panther” and “Us” star Winston Duke) are pulled over by the police. Larson has long been known for her activism, speaking out often for gender equality and working with the Equal Justice Initiative after appearing in the film “Just Mercy” about EJI founder Bryan Stevenson.

This puts Larson halfway to EGOT as she previously won the Oscar for Best Actress for a role as a young mother held hostage in the film “Room” (2015). Many other moviegoers know her as the title Marvel superhero in the billion-dollar-grossing “Captain Marvel” — back when movies in theaters were a thing. The COVID-19 pandemic has put a stop to that for now, but as Larson tweeted, “My favorite part of this year’s Emmys? That we’re safe at home.”

My favorite part of this years #Emmys? That we are safe at home. My second favorite part? Being barefoot. And last? #TheMessyTruth won, and so did empathy. Thank you to everyone who voted, we are honored. pic.twitter.com/bLK2mLsEHG