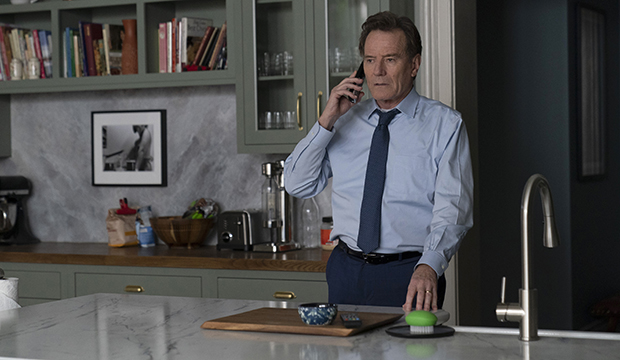 Leaning into dark characters has paid off for Bryan Cranston. After he spent seven seasons on a network sitcom, “Breaking Bad” minted the actor as one of the most decorated of the past two decades with four Emmy Awards, five SAG trophies and a Golden Globe. Cranston returns to TV to plumb the depths of morally gray areas again in the new Showtime miniseries “Your Honor,” which premieres Sunday.

Inspired by the Israeli show “Kvodo,” “Your Honor” finds Cranston’s New Orleans judge Michael Desiato compromising his ethics to save his son Adam (Hunter Doohan) after he’s involved in a hit-and-run that kills the son of a local crime boss (Michael Stuhlbarg). Hailing from writer Peter Moffat, director Edward Berger, and executive producers Michelle King and Robert King, “Your Honor” explores the lengths to which Cranston’s father will stretch his morals and the lengths the system will allow him to do so.

Reviews for “Your Honor” have been divided thus far, but Cranston still earns a fair amount of praise for his performance. James Poniewozik (New York Times) applauds Cranston for his “all-in devotion,” writing, “He’s attuned to every micro-flash of emotion in Desiato –– grief, anger, panic, determination.” Alan Sepinwall (Rolling Stone) notes, “Cranston’s talent and fundamental gravitas are essential to generating any emotional investment in this convoluted tale.” These notices for his performance and the respect Cranston commands in the industry could help him land bids for “Your Honor” at the upcoming Golden Globes and Screen Actors Guild Awards.

A seven-time Globe nominee, Cranston currently sits in seventh place in our combined odds. Even though he trails contenders Mark Ruffalo (“I Know This Much Is True”), Ethan Hawke (“The Good Lord Bird”), Hugh Grant (“The Undoing”), Paul Mescal (“Normal People”), Hugh Jackman (“Bad Education”) and Chris Rock (“Fargo”), the Hollywood Foreign Press Association loves to award new series and performances before any other awards body. This penchant to crown a winner first could help bolster his chances against Ruffalo, Mescal and Jackman if voters feel those already Emmy-nominated (and Emmy-winning in Ruffalo’s case) roles are old news. Cranston’s track record with the awards body could still hamper his chances, though, as he only won the Globe once, in 2014, for the final season of “Breaking Bad,” a show and performance the HFPA never truly embraced.

DISCUSS “Your Honor” with industry insiders in our notorious forums

Even if the HFPA gives Cranston the cold shoulder, he could very likely fare better at the SAG Awards. Our current combined odds show him down in eighth place, but he has an impressive track record with the acting guild with 12 nominations and five wins. His last victory illustrates just how much SAG loves him: back in 2017, Cranston pulled off a shocking upset for the HBO movie “All the Way” even though he ranked last in the category, besting frontrunners Courtney B. Vance and Sterling K. Brown for “The People v. O.J. Simpson,” and John Turturro and Riz Ahmed for “The Night Of.” The vote-splitting that probably benefited Cranston then might help him score a nomination now, as he tries to sneak ahead of Brendan Gleeson and Jeff Daniels for “The Comey Rule” to land an impressive and lucky 13th bid. 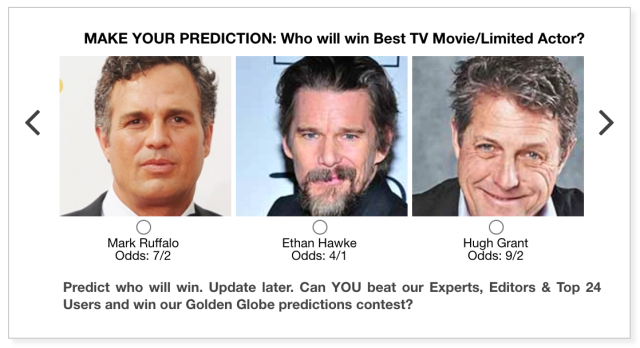