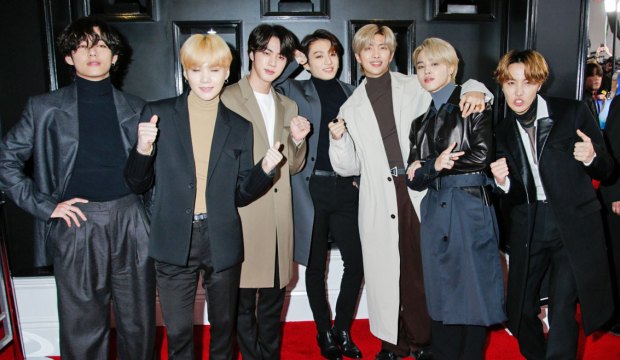 The K-pop band BTS proved unbeatable at the 2020 MTV Video Music Awards — literally. They had four nominations and won all of them. But while they’re starting to make strides outside of their Best K-Pop Video category, they weren’t nominated for Video of the Year. Should they have been? Check out the complete list of VMA winners here.

BTS won Best Group and Best K-Pop Video (“On”) for the second year in a row, and they also prevailed in their other two categories: Best Pop Video and Best Choreography, also for “On.” That tied them with Lady Gaga and Ariana Grande for the most victories of the night (though The Weeknd took Video of the Year for “Blinding Lights”), but BTS were the only artists among those top winners that didn’t lose a single nomination.

It’s not surprising that BTS cleaned up. Most of these awards are decided by fans (except Best Choreography, which was voted on by music professionals), and the BTS Army is powerful. They have now won six VMAs in just two years, and the only fan-voted award they’ve lost so far was Best Collaboration in 2019, when “Boy with Luv,” their hit with Halsey, was bested by Camila Cabello and Shawn Mendes‘s “Senorita.”

So would “On” have won Video of the Year if they had been nominated for that too? Suffice it to say that would have been a historic achievement for a Korean band. And it still might be in the years to come. Their recently released “Dynamite,” their first single entirely in English, broke YouTube records when it was viewed more than 101 million times in its first 24 hours. Perhaps they’ll be collecting top honors for that one this time in 2021.