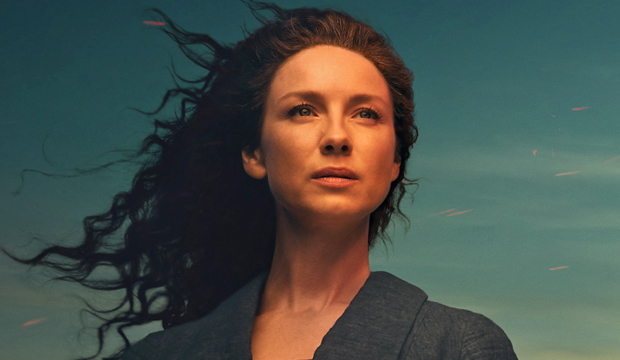 The Golden Globes love Caitriona Balfe. She has contended as Best TV Drama Actress for each of the first four seasons of “Outlander.” Indeed, the members of the Hollywood Foreign Press Assn., which hands out the Globes annually, just cannot quit the Irish actress.

Last year, Balfe was missing in action at the Globes because “Outlander” only aired four episodes within the 2019 eligibility window. This year, Balfe is back in contention and she might have her strongest chance yet to finally take home some hardware after losing her prior four Golden Globe contests to Taraji P. Henson (“Empire”) in 2016, Claire Foy (“The Crown”) in 2017, Elisabeth Moss (“The Handmaid’s Tale”) in 2018 and Sandra Oh (“Grey’s Anatomy”) in 2019.

SEE No lie, Nicole Kidman (‘The Undoing’) could snag another Golden Globe thanks to David E. Kelley

The show’s fifth season was hailed by critics and fans as one of the best to date, as the Fraser clan forged a new life together in colonial North Carolina. The season featured delirious highs with births, marriages, camaraderie and family, but was punctuated by a number of traumatic lows. Jamie (Sam Heughan) tragically lost his mentor Murtagh (Duncan Lacroix), daughter Brianna (Sophie Skelton) was brutally raped by villain Stephen Bonnet (Ed Speleers) and husband Roger (Richard Rankin) was captured and wrongfully hanged by violent thugs.

The devastating season drew to a shocking close when Claire was abducted, tortured and repeatedly raped by a rival gang, leaving her shattered and traumatized in the season’s final moments. The episode is one of the highlights of the series to date, showcasing Balfe’s compelling range and maturity as the show’s co-lead (alongside Heughan, also turning in his best work to date). Hopefully the HFPA was paying attention and will nominate her again.

However, the Best TV Drama Actress category is really crowded this year. Balfe is currently in sixth place with 22/1 odds according to our combined odds. To continue her impressive streak and claim a fifth nomination for her fifth season on the show, Balfe will need to fend off front-runners like recent Emmy nominees Olivia Colman (“The Crown”), Laura Linney (“Ozark”), Jodie Comer and Sandra Oh (“Killing Eve”) as well as Globe favorite Sarah Paulson (“Ratched”) and newcomer Jurnee Smollett (“Lovecraft Country”).

I would bet against Balfe at your peril. A fifth nomination is likely because the HFPA voters have proven they adore her and they know how popular the “Outlander” phenomenon is worldwide. And despite their penchant for new shows and performers, they do like going back to the well time and time again, particularly in the Best TV Drama Actress category.

Angela Lansbury (“Murder, She Wrote”) holds the record for consecutive nominations with a staggering nine bids in a row from 1985 to 1993. Lansbury could have even made it an even ten, had we counted 1995 and she hadn’t missed out on a nom the year before. Edie Falco “The Sopranos” (2000-2008) is just behind her on seven consecutive nominations, while Joan Collins for “Dynasty” (1982-1987), Julianna Margulies for “The Good Wife” (2010-2015) and Kyra Sedgwick for “The Closer” (2006-2011) each earned six consecutive nominations for their respective series.