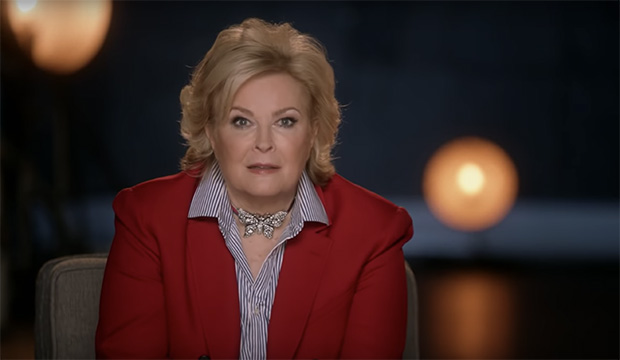 It’s been 41 years since Candice Bergen received her first Academy Award nomination for her role as Jessica Potter in the 1979 comedy “Starting Over,” opposite Burt Reynolds. Four plus decades later Bergen is back in the Oscar mix for her role as Roberta in “Let Them All Talk,” co-starring Oscar winners Meryl Streep and Dianne Wiest. If Bergen were to snag a nomination for the HBO Max film she would set the record for the longest timespan between acting nominations for a woman, at 41 years.

Helen Hayes currently holds the record at 39 years between her Oscar nominated film roles. At the 1932 ceremony she won Best Actress for “The Sin of Madelon Claudet.” It would take nearly four decades for her to be recognized by the academy again, this time for Best Supporting Actress in “Airport,” which she won as well. On the men’s side, Henry Fonda holds the record with 41 years separating his acting nomination for “The Grapes of Wrath” (1940) and his winning role in “On Golden Pond” (1981).

Streep has three Oscars to her credit, while Wiest has two, but it’s Bergen who is quickly rising up our official Oscar odds as a formidable Best Supporting Actress contender for her scene-stealing performance in “Let Them All Talk.” She’s the heart and humor of the Steven Soderbergh film, which is getting stellar reviews and holds a 92 percent freshness rating on Rotten Tomatoes. Barry Hertz of Globe and Mail writes, that while Streep and Wiest are formidable as usual, “it is Bergen who delivers something close to a magic act here.” Mike D’Angelo of AV Club says, “It’s a pleasure just to see this oft-squandered pro take hold of a prominent role that isn’t either Murphy Brown or Generic Grandma #12.”

While Bergen has yet to win an Oscar, she certainly isn’t lacking in other accolades. She won five Emmys for Best Comedy Actress in “Murphy Brown” along with two Golden Globes for the same character. Oddly enough, she lost her one Oscar bid to Streep at the 1980 ceremony. It was Streep’s first win for her role in that year’s Best Picture, “Kramer vs. Kramer.” And it’s Streep who holds the record for most Oscar nominations in the acting categories, with 21 to date, but with a nomination for “Let Them All Talk,” Bergen could make a little Oscar history of her own.