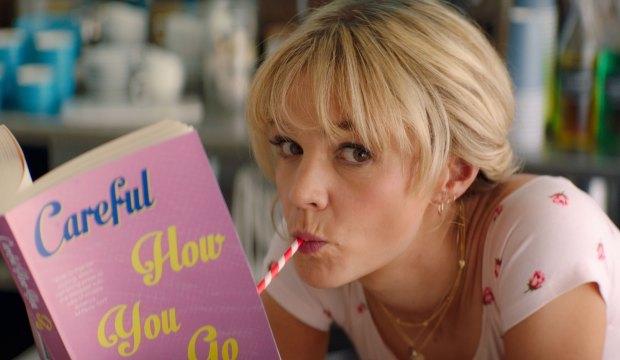 Carey Mulligan broke through with an Oscar nomination in 2009 for “An Education” when she was just 23-years-old, filling the classic ingenue slot that has persisted through academy history. Considering the career she has had since “An Education,” one might have expected a follow-up nomination in the years since, but she still has yet to earn that elusive second bid. This might finally change thanks to “Promising Young Woman,” the buzzy new Focus Features film by writer-director Emerald Fennell that is netting Mulligan some of the best reviews of her career.

In “Promising Young Woman,” Mulligan plays Cassie, a woman who, as the title suggests, was a promising young medical student only for that potential to be ripped away after a traumatic event. She seeks revenge by cleverly manipulating men at night until her world is shaken and she proceeds down a dangerous path to find the closure she craves. It is a role unlike anything we’ve seen Mulligan play before, delving into dark territory with the same dedication and precision she gives to every role. Mulligan excels in bringing all facets of an exceedingly complex character to life, with whip-smart comedic timing and deep-seated anger bubbling beneath the surface.

As of now, Mulligan is in fifth place for an Oscar nomination in Best Actress according to the latest Gold Derby odds. The academy hasn’t always been receptive to dark thrillers like “Promising Young Woman,” so a nomination is far from guaranteed. For every Rosamund Pike in “Gone Girl,” who earned that film’s only nomination, we also have Jake Gyllenhaal in “Nightcrawler” or Naomi Watts in “Mulholland Drive,” who failed to make it into the Oscar lineup despite massive acclaim and precursor nominations.

Yet, without delving too specifically into the twists and turns of the film, Mulligan’s performance may resonate more than it would have prior to the reckoning of the #MeToo movement. So if “Promising Young Woman” creates a national dialogue once more people have seen it, it is possible that Mulligan could benefit in the award season to come.