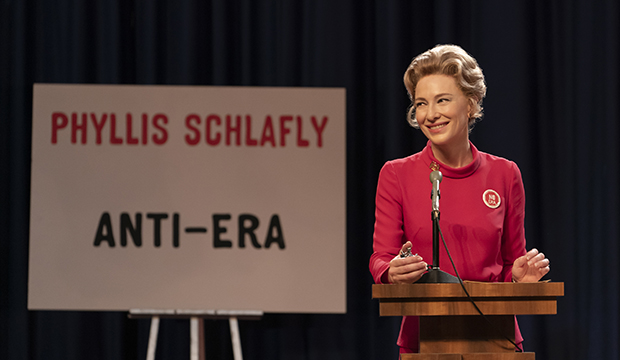 The Emmys are rife with notable leading ladies from the big  screen this year, including at least 11 Oscar-winning actresses. Many have regularly shifted between TV projects and cinematic opportunities in their careers. Reese Witherspoon, who took the Academy Award for her lead role as country singer June Carter Cash in the 2005 biopic “Walk the Line,” has recently invested more time in both appearing female-driven stories and being an executive producer ever since she snatched an Emmy for her behind-the-scenes work on HBO’s “Big Little Lies,” which won in 2018 in the miniseries/TV film category.

This year, she tripled down by producing and also starring in three TV productions: the second season of “Big Little Lies,” Apple TV+’s “The Morning Show” and Hulu’s “Little Fires Everywhere.” But perhaps all those opportunities might just work against her. When we asked TV fans which Oscar-winning actress would likely raise an Emmy this year, Witherspoon only got 2% of the vote.

Instead, the performer who topped our poll with 63% backing rarely does TV appearances. That would be the luminous Aussie actress Cate Blanchett. She boldly brings to life the divisive anti-feminist conservative leader Phyllis Schlafly, who fought against the passage of the Equal Rights Admendment, on Hulu’s “Mrs. America.” The two-time Oscar winner who won for her supporting role as Katharine Hepburn in 2004’s “The Aviator” and a lead trophy for 2013’s “Blue Jasmine” also executive-produced the series and could also compete for her voice work as a dog psychologist on Fox’s “The Simpsons.”

In second place with 14% of the vote is Regina King,who could win her fourth Emmy for her portrayal of Angelan Abar/Sister Night, a Tulsa police detective who wars a nun’s habit and a balaclava on HBO’s “The Watchmen.” She won a supporting Oscar for 2019’s “If Beale Street Could Talk” as a protective mother trying to free her daughter’s boyfriend from jail after his falsely accused of raping a woman.

Next up is Meryl Streep, Oscar’s favorite contender with a record 21 nominations and three wins. She got a 7% shot to win her fourth Emmy as a grieving, vindictive and downright creepy mother-in-law on the second season of “Big Little Lies.  As for Allison Janney, who needs just one more Emmy to share the record of eight wins with Julia Louis-Drefus and Cloris Leachman, she have five chances this year to compete for a TV prize, including the HBO film “Bad Education” and for the CBS sitcom “Mom.” Just 6% thinks she will make history this year.

Olivia Colman fans gave her just a 4% chance to win his first Emmy as Queen Elizabeth II in Netflix’s “The Crown.”Just 2% think that Nicole Kidman will once again win again for her abused wife on “Big Little Lies.” As for Viola Davis, she has just 1% rooting for her to win her second Emmy for the role of law professor Annalise Keating on the final season of ABC’s “How to Get Away With Murder.” Anne Hathaway, who claimed her supporting Oscar as Fantine in the musical “Les Miserables,” got to sing and dance on her episode of Amazon’s anthology “Modern Love,” but her efforts only got her 1% of the vote.

And, sorry, Laura Dern (“Big Little Lies”) and Gwyneth Paltrow (Netflix’s “The Politician”), poll participants gave each actress a goose egg’s chance of winning — especially since Dern won for her role for the first season of the series.