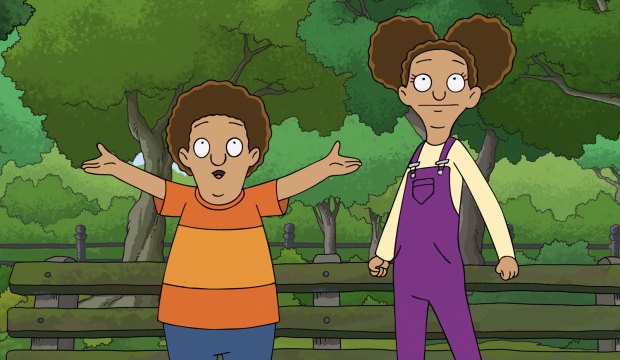 Originally created for the Fox network by “Bob’s Burgers” masterminds Loren Bouchard and Nora Smith along with Josh Gad, “Central Park” premiered on May 29 on Apple TV+ bringing a lot of “Bob’s” style and sensibility to the story of a New York family fighting to save the iconic public space. Oh, and it’s a musical too. So what do critics think of this unique animated series?

As of this writing the show has a MetaCritic score of 81 based on nine reviews counted so far: eight positive, one somewhat mixed, none outright negative. On Rotten Tomatoes, which classifies reviews simply as positive or negative, the show is currently rated 100% fresh based on 16 reviews: all positive, naturally.

Reviewers are calling it “a glorious gift for comedy and musical fans” with “brainy, Broadway-style whimsy” and a “sense of civic pride.” The show is distinguished by “key voice performances” by a cast that includes musical vets like Leslie Odom Jr., Kristen Bell, Tituss Burgess and Gad himself, as well as Stanley Tucci and Kathryn Hahn. It has a “good heart” and “sharply executed musical numbers,” and it’s “the best show on Apple TV.”

And it could give Apple TV another foothold at the Emmys. The streaming service already has contenders for Best Drama Series (“The Morning Show“), Best Comedy Series (“Little America,” “Dickinson“) and Best Limited Series (“Defending Jacob“), and this show could be a threat for Best Animated Program, a category that Bouchard and Smith’s “Bob’s Burgers” won in 2014 and 2017. Check out some of the reviews below, and join the discussion on this and more here with your fellow TV fans.

Brian Tallerico (RogerEbert.com): “Apple TV’s ‘Central Park’ is a glorious gift for comedy and musical fans and, well, everyone. Loren Bouchard, the creator of ‘Bob’s Burgers,’ has refined the vision of that fantastic Fox show, bringing its emphasis on family and love of original music to a new project … It’s the best show on Apple TV by some stretch, and one of the best shows of 2020 anywhere.”

Kristen Baldwin (Entertainment Weekly): “With their new animated musical comedy ‘Central Park’ (premiering May 29), creators Loren Bouchard, Nora Smith (‘Bob’s Burgers’), and Josh Gad (‘Frozen’) apply brainy, Broadway-style whimsy to the daily dramas of life. The result is a show that has a good heart, and you can dance to it, too.”

Judy Berman (Time): “That sense of civic pride suffuses Central Park, a delightful animated comedy created by Bob’s Burgers team Loren Bouchard and Nora Smith with Josh Gad … There’s nothing preachy about the show, which is just as raunchy as Burgers. But even before we meet the Tillermans’ antagonist Bitsy Brandenham … its egalitarian politics are hard to miss.”

Shannon Miller (The A.V. Club): “‘Central Park,’ however, is an ambitious endeavor that is both very pleasant and and still finding its equilibrium within its first four episodes. The series benefits largely from a handful of key voice performances and sharply executed musical numbers, which have a way of overshadowing much of the rest of the story rather early in the series.”