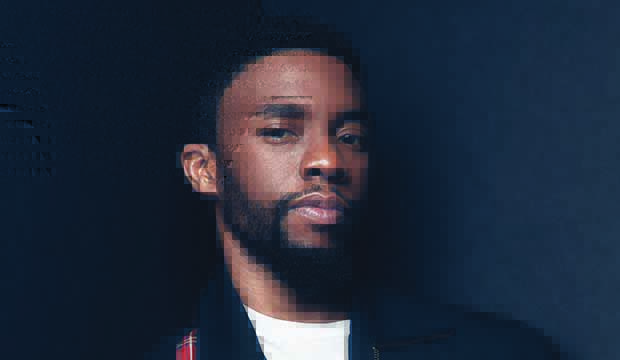 Even before Chadwick Boseman’s unexpected passing in August, his name had been part of the year’s awards conversation. “Da 5 Bloods,” released in June, was one of the first successful, critical releases of 2020. His rise in predictions for industry awards continued to strengthen with the arrival of “Ma Rainey’s Black Bottom” earlier this month and multiple film critics accolades.

Boseman won with both Chicago and Los Angeles Film Critics for playing Levee in “Ma Rainey’s Black Bottom” and was awarded Best Supporting Actor by the New York Film Critics as Stormin’ in “Da 5 Bloods.”  Apart from potential wins with other critics and industry bodies, the Gotham Awards, where Chadwick is also nominated for Best Actor, will be honoring him with an tribute for “all of his historical and groundbreaking contributions.”

Could he reap Oscar bids for both performances? He leads our combined odds for Best Actor and is in the top 10 on our Supporting Actor chart. James Dean was the first to earn a posthumous nomination Best Actor nomination at the Academy Awards. Five months after he died in September 1955, he was nominated for “East of Eden.” He earned another Best Actor bid the following year for “Giant.” He did not win either of these races (His first posthumous release, “Rebel Without A Cause,” lost all three of its as well.)

With Boseman having given two masterful performances this year, will he become the first actor to have a pair of posthumous nominations in the same year? Of the 12 performers that have received dual nominations, all three men — Barry Fitzgerald (1944), Al Pacino (1992), and Jamie Foxx (2004) — won one of those races. (The first five of the nine women won one of their two nominations with the most recent four lost both.)

Dean remains the only actor to receive multiple and consecutive posthumous nods. Four others earned consecutive posthumous nominations in other categories with varied success: Jerome Kern in 1945 and 1946 for Original Score and Song; Gile Steele in 1951 and 1952 for Costume Design; William Horning in 1958 and 1959 for Art Direction; and Howard Ashman in 1991 and 1992 for Original Song.

Only seven actors number among the 62 total posthumous nominations over 18 categories. Of these only Peter Finch (“Network”) and Heath Ledger (“The Dark Knight”) prevailed.

Jessie Buckley ('The Lost Daughter'): How is Leda 'going to live the fullest life as a mother and a…

Adam McKay ('Don't Look Up'): 'I actually love the debate' the Netflix satire provokes about climate…

Netflix Oscar movies: 15 wins and counting
'The Power of the Dog' evokes classic Oscar-nominated Westerns 'Duel in the Sun' and 'The Furies'…