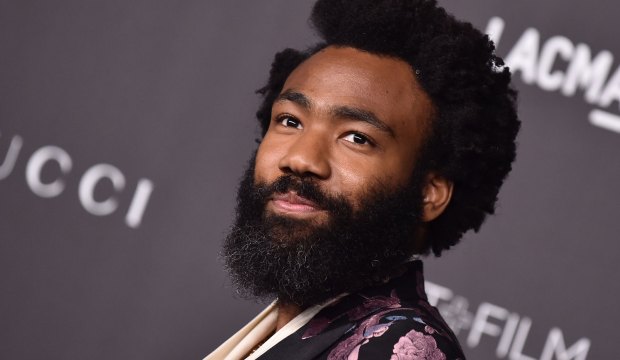 Childish Gambino, the hip-hop artist otherwise known as Donald Glover, released his new album “3.15.20” on that date for 12 hours, then took it down, then officially released it again one week later on March 22. So what do critics think of this enigmatic effort, which is his first album since 2016’s “Awaken, My Love” and the first since his 2018 standalone single “This is America” became a cultural phenomenon with its viral music video?

“This is America” isn’t included on this album, but don’t worry, you won’t catch him slippin’ up. As of this writing “3.15.20” has a sky-high MetaCritic score of 88 based on six early reviews counted thus far: five of them positive, only one of them somewhat mixed, but none outright negative as of yet. That’s the highest critical average of his career, besting the 77 for “Awaken,” which earned him a Grammy nomination for Album of the Year and won him Best Traditional R&B Performance for its single “Redbone.” And “This is America” won him four more, including historic Record and Song of the Year prizes — the first win in both categories for a hip-hop song.

SEEFreaking out? You’re not alone: Our readers recommend these songs to keep your spirits up during the apocalypse

So the expectations were high for his next album, and critics are saying it’s a “glorious” return with a “genre-hopping ethos.” He shows a “willingness to experiment” and “vividly conveys his anxieties” in “the first truly boundary-pushing record” of the year. But it’s also “oddly reassuring.” Though one naysayer argues that not many of the songs in this collection “evoked some sort of excitement,” and it’s “lacking the strong narrative thrust” of his previous work.

But this may be his last album, at least under the stage name Childish Gambino. It doesn’t sound like he’ll be retiring entirely, though, especially not with so many logs in the fire in various media, including new seasons of his Emmy-winning FX dramedy “Atlanta.” If and when he continues recording music, perhaps it will take him in even more adventurous new directions. Check out some of the reviews below, and join the discussion on this and more with your fellow music fans.

SEE2020 ACM Awards get a new date: Here’s when the Academy of Country Music plans to go on with the show

Dean Van Nguyen (The Guardian): “‘3.15.20’ is the glorious payoff of this musical evolution. Melding elements of industrial hip-hop, hard-edged funk and pulsing electronica, with occasional experimental breakdowns a la Pink Floyd, it is an ambitious album that can turn from hedonism to hope on a dime. And with its genre-hopping ethos, bold orchestral choices and pleasing tunefulness, it is the first truly boundary-pushing record of the 2020s.”

Okla Jones (Consequence of Sound): “We can never be sure how far in advance Glover planned this release, but in this time of mass isolation, he’s managed to bring us all together for this shared experience of love, struggle, and acceptance. More importantly, Glover’s willingness to experiment with different sounds and harmonies is evidence that things either foreign or unknown need not be feared, but embraced.”

Mikael Wood (Los Angeles Times): “Childish Gambino … vividly conveys his anxieties regarding racism, aging, mass incarceration, climate change, parenthood and how people can’t walk down the street without tripping anymore because they’re always staring at their phones … There’s something oddly reassuring about these songs — not just ‘12.38,’ a laidback R&B slow jam about a drug-addled sexual encounter, or the sweetly romantic ‘24.19,’ but all 12 of them.”

Debbie Ijaduola (Clash Music): “‘Algorhythm’ perks the ears up and its production reminds you of a younger ‘because the internet’ Childish fused with the beloved ‘Awaken, My Love’ Gambino. However, on a personal level, this was the last song within the project that evoked some sort excitement. The rest of the project’s production seems like an accumulation of random noises … Lacking the strong narrative thrust so apparent on his past albums, the project is incredibly disappointing.”

Kathryn Hahn on her busy TV season with 'Mrs. Fletcher,' 'I Know This Much Is True,' 'Transparent,'…

Master songwriter Max Martin got his 23rd number-one hit with The Weeknd's 'Blinding Lights': Look back…