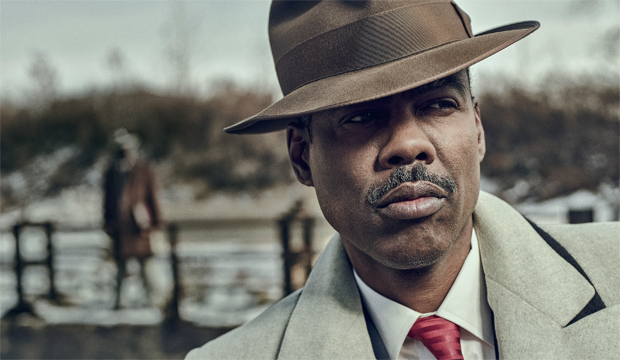 After 11 nail-biting episodes of escalating organized crime drama, the fourth installment of FX’s anthology series “Fargo” came to a devastating end for one of its main characters. In traditional “Fargo” fashion, much of its ensemble failed to make it to the end of the season unscathed, including Jessie Buckley’s maniacal nurse Oraetta Mayflower and Jason Schwartzman’s crime boss Josto Fadda. But the real tug on the heartstrings comes with the demise of Chris Rock’s Loy Cannon, who gets ambushed as he basks in the happiness of his just-reunited family.

Rock’s final moments on screen, the terror in his eyes and inability to impart words of wisdom to his son Satchel (Rodney L. Jones III), could very well help seal the deal for the legendary actor and comedian with a nomination at the upcoming Golden Globes. Currently just one spot outside of a bid in our combined odds in sixth place, Rock has a number of factors working in his favor that could put him over the top. Below, see the four reasons why you should not underestimate Rock for a Golden Globe nomination.

The Golden Globes loves “Fargo”
Although extremely popular with the Emmys –– the first three years of “Fargo” netted 52 bids –– none of its 11 nominated actors ever took home a prize. Contrast that track record with its successes at the Golden Globes, where the show has not only earned eight acting nominations, but actually took home the trophy twice, for Billy Bob Thornton in 2015 and Ewan McGregor in 2018. It seems likely that the affinity of the small voting body of the Hollywood Foreign Press Association (HFPA) toward “Fargo” will continue, and Rock is the most notable member of the season four ensemble.

Rock impresses with a true career departure
Globes voters will no doubt notice Rock’s performance not only because he inhabits his crime boss Loy Cannon’s mix of ambition, world-weariness, and anger with ease, but also because the dark role is such a departure for the comedian. As Robert Rorke recently explained, the Globes often gravitate to against-type performances, from Mary Tyler Moore in “Ordinary People” and Robin Williams in “Moscow on the Hudson” to Darren Criss’ killer turn in “American Crime Story: The Assassination of Gianni Versace.” Rock pulls off the dramatics admirably, especially as the gang war that breaks out between his crime syndicate and the Italian mafia in 1950s Kansas City reaches its fever pitch. Though not a flashy performance, Rock anchors the whole season and excels when he gets to put Cannon’s rage on full display.

Rock remains incredibly steady in our odds
Our savvy users have been predicting the Golden Globes TV nominations since October, and in those eight weeks Rock’s odds have rarely wavered and continue to improve. Right out of the gate, Rock started in ninth place in our combined odds, but he very quickly leapfrogged over contenders like Emmy-nominee Jeremy Pope (“Hollywood”) and Marvel superstar Chris Evans (“Defending Jacob”). All throughout the run of “Fargo,” Rock’s chances at a bid have been steady and are steadily increasing: he just recently edged out Bryan Cranston (“Your Honor”) and now sits within striking distance of a nomination.

Timing is everything, and “Fargo” is fresh in voters’ minds
The Golden Globes love to recognize performances and new series before any other awards body –– think Rock’s “Fargo” co-star Ben Whishaw (“A Very English Scandal) winning the Globe before the Emmy in 2019 or Christian Slater’s (“Mr. Robot”) victory in 2016. While Rock certainly isn’t a newcomer to the industry, the HFPA’s penchant to award a performance first could benefit him over some of his strongest competitors for the nomination. Of the five actors currently leading Rock in our odds, Mark Ruffalo (“I Know This Much Is True”), Paul Mescal (“Normal People”), and Hugh Jackman (“Bad Education”) all already contended for the Emmy Award, with Ruffalo winning. If voters think any of those performances are old news, they could easily leave one off in favor of Rock, who’ll still be fresh in their minds.