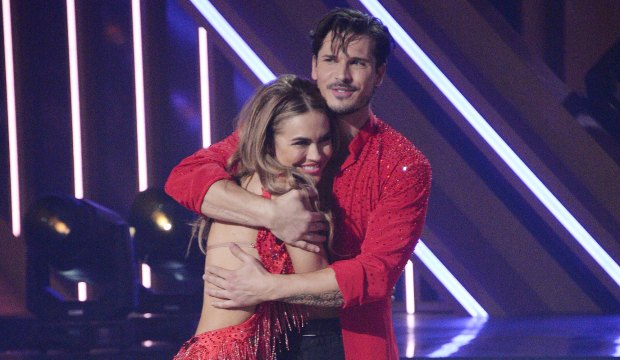 Actress and “Selling Sunset” star Chrishell Stause had her ups and downs on “Dancing with the Stars,” culminating in her ouster on “Double Elimination Night.” But did she really deserve to be sent home at the end of Monday night’s show? We asked our readers, and they were torn. Scroll down to see our complete poll results.

Stause gave a solid performance with her Viennese waltz at the beginning of the night, getting straight 8s from the judges for a total of 24 out of 30. And she got a couple of bonus points for her cha cha during the Relay Dance round that pitted her against Nev Schulman and Nelly. But given how the competition has progressed up to this point, that still left her second to last on the judges’ leaderboard. She ended up in the bottom two with Skai Jackson, but the judges voted unanimously to save Jackson, so Stause was sent home. (Stause was the only celeb axed on “Double Elimination Night” since Jeannie Mai had to withdraw from the competition earlier that day.)

A little over half of our respondents (53%) agreed with the decision to eliminate Stause, who had the lowest cumulative score of the remaining eight celebrities. But another 19% of “DWTS” fans thought Jackson should have gotten the boot instead. Jackson has also had a tumultuous run on the show this season. She was the first celebrity to receive a 10 from any of the judges, but she has also made a couple of mistakes along the way that knocked her to the bottom of the leaderboard.

The remaining 28% of readers thought a contestant should have been eliminated who wasn’t in the bottom two as determined by the judges’ scores and viewer votes. Perhaps they would have preferred to bump Nelly, who had the lowest judges’ score of the night but was kept safe by the viewing audience. So that’s a total of 47% of readers who thought Stause should have stayed in the competition. What did you think of her elimination? 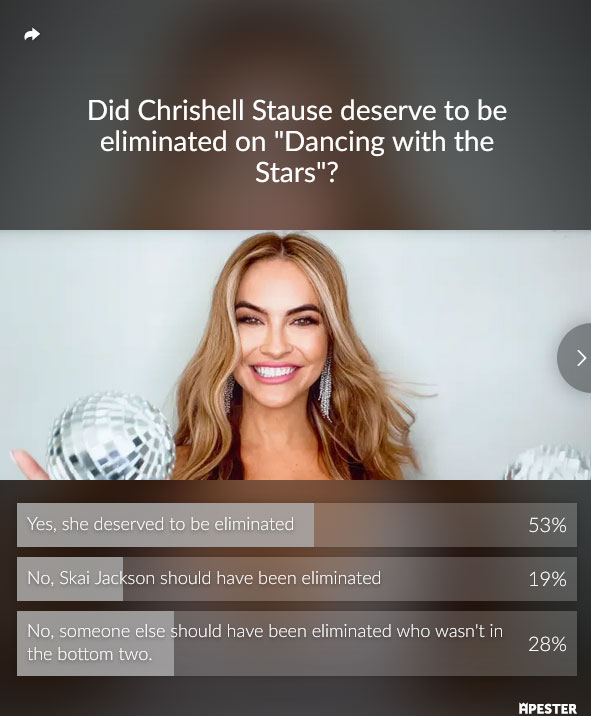