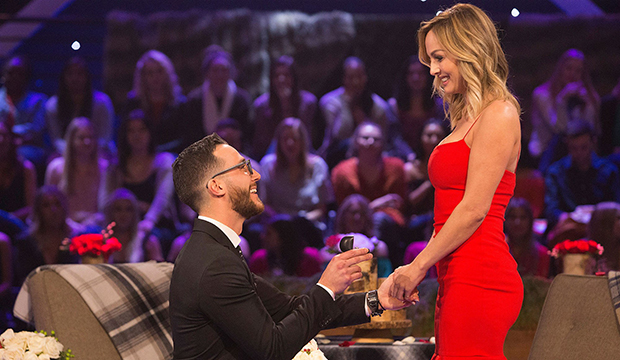 Clare Crawley and Benoit Beauséjour-Savard may not have worked out, but he still has a whole lotta love for his ex-fiancée.

After Crawley was revealed to be the next star of “The Bachelorette” on Monday, Beauséjour-Savard posted a sweet message on Instagram, accompanied with an old photo of them, congratulating his ex on her new gig.

“Congratulations to this gem!!” he wrote. “She will be an amazing Bachelorette. She is smart, fun, strong, knows what she wants and most importantly, she will call out the guys messing around!! Hell yeah!! Good Luck on your journey to find love @clarecrawley !! You will be the best 🙌🏼 #thebestbacheloretteever”

Congratulations to this gem!! She will be an amazing Bachelorette. She is smart, fun, strong, knows what she wants and most importantly, she will call out the guys messing around!! Hell yeah!! Good Luck on your journey to find love @clarecrawley !! You will be the best 🙌🏼 #thebestbacheloretteever

A post shared by Benoît Beauséjour-Savard (@benoitbeausejour) on Mar 2, 2020 at 5:30am PST

“We realized we were different and wanted different things,” Crawley told “People” of their split after her “Bachelorette” announcement. “But we still totally stay in touch. And we root for each other and for each other’s happiness.”

The 38-year-old, who is the oldest Bachelorette ever, finished second on Juan Pablo Galavis‘ season of “The Bachelor” and was also on the first two seasons of “Bachelor in Paradise.” But Galavis is one ex she probably won’t hear from after her iconic takedown of him when he dumped her.