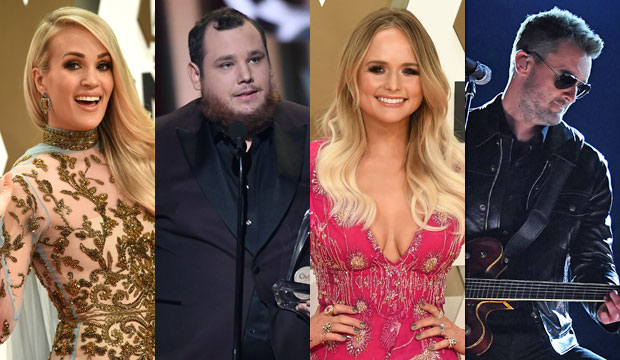 The 2020 CMA Awards nominations were announced on September 1, and you can now predict the winners in 11 categories here in our predictions center. With reigning champ Garth Brooks withdrawing himself from consideration for Entertainer of the Year, are we likely to get a brand new winner in the top category?

The five contenders are Eric Church, Luke Combs, Miranda Lambert, Carrie Underwood and Keith Urban. Of those, only Urban has ever won before: first in 2005 and then again 13 years later in 2018. So does that make him the de facto front-runner this time around? Not necessarily. His only other nominations this year are for Male Vocalist of the Year and Musical Event of the Year as a featured artist on Thomas Rhett‘s “Be a Light.”

Granted, having the most nominations doesn’t always help you in the Entertainer of the Year race. Last year Brooks won with only one other nomination for Musical Event of the Year — he wasn’t even up for Male Vocalist of the Year. So it’s entirely possible Urban will return to the winner’s circle with Brooks out of the way, especially after his profile is raised by September’s ACM Awards, which he will be hosting.

But voters might want to go with Underwood, who has hosted the CMAs for many years and seemed like a likely winner last year when the telecast made a special point of showcasing women in country music. Brooks’s win at the end of that night was sadly consistent with the long track record of the awards, where only seven female acts have ever won Entertainer of the Year, just two of whom were in the 21st century: The Chicks (2000) and Taylor Swift (2009, 2011).

If the Country Music Association wants to start to correct their gender disparity, though, they might go with Lambert. She has seven nominations this year, which not only makes her the most nominated artist of the year but the most nominated female artist in CMA history. She had a bigger year than Underwood with last fall’s release of her seventh studio  album “Wildcard,” which is up for Album of the Year.

Combs is close behind with six nominations and is one of the year’s biggest commercial successes in country music; his album “What You See is What You Get” is still in the top 20 on the Billboard 200 after almost a year on the chart. Meanwhile, Church has been waiting patiently for his first Entertainer victory, now on his fourth nomination. Knowing how mercurial the CMAs can be in this category, you can’t rule anyone out.