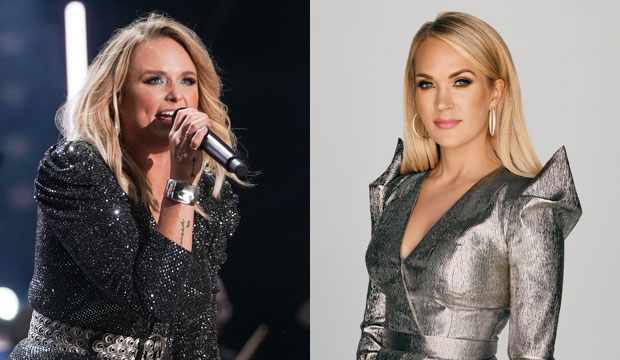 Women are routinely underrepresented for Entertainer of the Year at the CMA Awards, so much so that I also addressed this disparity last year, and the year before that, and the year before that. This year turned out to be better … a little. There are two women nominated for the top prize: Miranda Lambert and Carrie Underwood. But that’s still less than half of the category, and it has been a full decade since the last time there were even that many women in contention.

Underwood has never won the award, and despite being one of the biggest crossover stars of the 21st century, her only other bids in the top category were in 2016 and 2019. Lambert has been nominated a bit more often: this is her fourth after contending in 2010, 2014 and 2015. But she hasn’t won the award yet either.

Since 2000 there have been 105 nominations for Entertainer of the Year, but only 15 of those went to female artists, including Hillary Scott as a member of the mixed-gender group Lady A, nominated just once in the top race (2010). With Scott and Lambert both nominated that year, it was the last time there were two women in the category. To find the last time two entirely female acts made the cut, you have to go all the way back to 2000 when both the Chicks and Faith Hill made the cut. So it looks like the very best that women in 21st century country music can hope for is 40% representation in the top category.

Women are underrepresented elsewhere at the 2020 CMAs. Only two women are up for Album of the Year (Lambert for “Wildcard” and Ashley McBryde for “Never Will”). Only two nominees for Vocal Group of the Year have female members (Lady A and Little Big Town) while the female supergroup The Highwomen was shut out of all categories. And only one Vocal Duo nominee is female (Maddie and Tae).

A couple of categories made strides, though. Three female artists are nominated for Single of the Year: Lambert for “Bluebird,” Maren Morris for “The Bones” and Gabby Barrett for “I Hope.” And though only 6 out of 16 nominated writers for Song of the Year are women, four of the five nominated songs are by female artists: “Bluebird” and “The Bones” along with Carly Pearce and Lee Brice‘s “I Hope You’re Happy Now” and Ingrid Andress‘s “More Hearts Than Mine.”

So the CMA Awards haven’t completely corrected for their gender bias, but this year they’ve inched a little closer to parity.