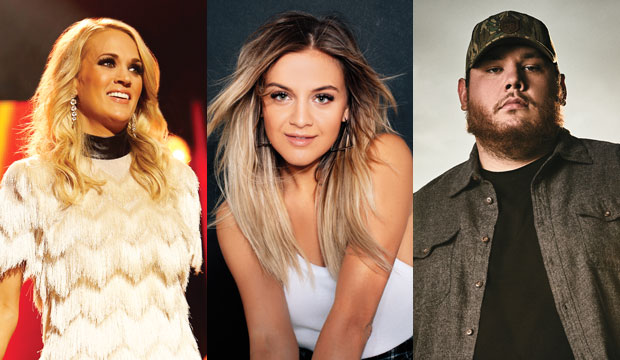 When the CMT Music Award nominations were announced in September, there were a whopping 14 contenders for Video of the Year. But on October 12 that list was cut down by more than half, so update your forecasts here in our predictions center before the winners are announced on October 21.

SEE2020 CMT Awards performers list: Who is performing at the Country Music Television Awards on October 21?

Alas, that means the other eight initial nominees are out of contention, though they’re still in the running for other awards: Blanco Brown (“The Git Up”), The Chicks (“Gaslighter“), Dan and Shay (“I Should Probably Go to Bed”), Sam Hunt (“Hard to Forget”), Little Big Town (“Sugar Coat”), Ashley McBryde (“One Night Standards”), Old Dominion (“Some People Do”) and Thomas Rhett (“Remember You Young”).

SEEWill Carrie Underwood extend her record at the CMT Music Awards? ‘Drinking Alone’ would be her 8th Video of the Year winner

However, Ballerini and Combs are tied for the most overall nominations this year with three apiece. Ballerini is also up for Female Video of the Year (“Homecoming Queen?”) and CMT Performance of the Year (“Graveyard” with Halsey). And Combs contends for Male Video (“Even Though I’m Leaving”) and CMT Performance (“Brand New Man” with Brooks and Dunn).

So will Underwood walk away with a record-extending eighth trophy, or will one of her challengers dethrone her? 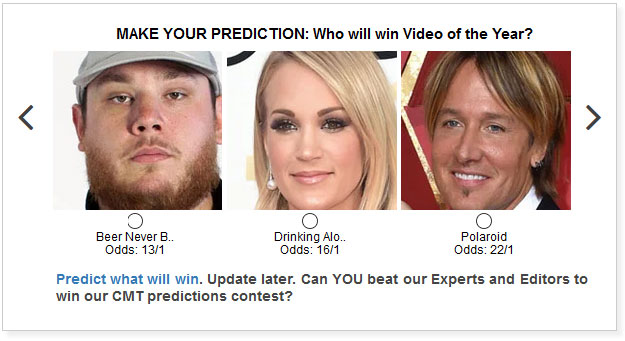 2020 CMT Awards performers list: Who is performing at the Country Music Television Awards on October 21?