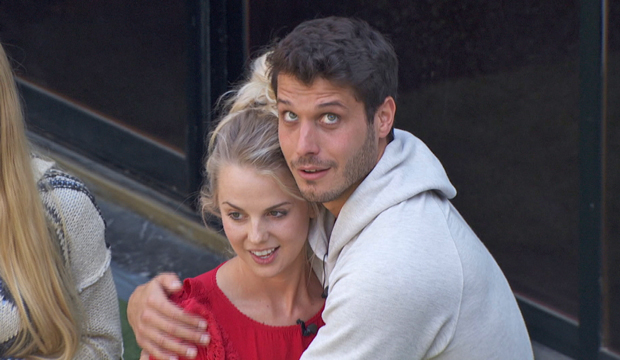 Cody Calafiore and Nicole Franzel have had one of the strongest alliances in the entire “Big Brother 22” house since week one, but that bond may soon be broken. After Nicole won both the Head of Household and Veto competitions this week, she secured Memphis Garrett or Christmas Abbott as her two nominations for eviction. She’s made it clear Memphis is her target, but Cody and Enzo Palumbo are the only two people voting this week, and they’re considering betraying her and eliminating Christmas instead. Is there trouble on the horizon for Cody and Nicole’s relationship?

“Enzo and I have a huge decision to make,” Cody stated in the Diary Room. “Nicole thinks Memphis is going home, but she’s not voting, Enzo and I are. Nicole, I know we’ve been working together throughout this entire game and I love you, but I need to figure out what’s best for me and it might not be what you want this week.”

If they decide to vote out Christmas, that means Nicole will be in the final four with a trio of guys: Cody, Enzo and Memphis. She and Christmas briefly talked about a final two deal, but for that to happen Memphis needs to be shown the door on Thursday night.

“I didn’t use the Veto and I didn’t go through with any crazy backdoor plan [against Cody],” Nicole proclaimed at the end of Wednesday’s episode. “Now I just need to make sure that everything goes according to plan and Memphis goes to the jury house on Thursday. One more person down, which means I’m one more step closer to becoming the first-ever two-time ‘BB’ winner.” A smile crept across her face as she admitted, “Makes me excited to think about it.”

As for the two nominees, here’s what they had to say following Wednesday’s Veto meeting:

Memphis: “So the Veto doesn’t get used and I’m feeling pretty good considering I’m on the block. I got my two ‘Wise Guys,’ Enzo and Cody, the only two votes that I need for the week. So I don’t really see a world where I’m leaving this house before Christmas. Oh that’s funny. Get it? ‘Before Christmas’?”

Christmas: “I know that it was a long shot for me to pull this off and have Nicole use the Veto on me today, but I can’t help but be a little disappointed that it didn’t happen. I’m gonna fight like hell to make sure that I stay this week and cause some major damage next week. Watch out, ’cause this mama’s unleashed.”