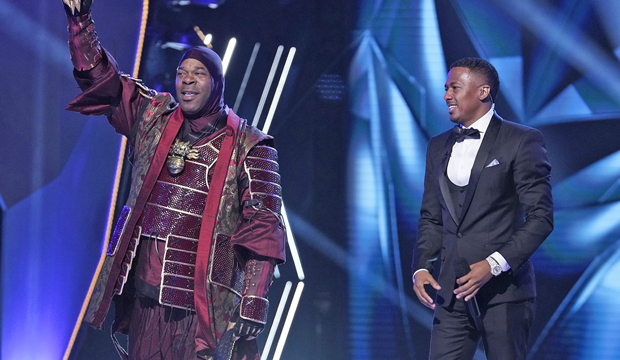 “The Masked Singer,” Fox’s wild and wacky reality TV show, made mask-wearing cool before the coronavirus pandemic was even a thing. With Covid-19 forcing television and film production to a standstill throughout much of 2020, people wondered if we’d ever see a live studio audience again. Well, viewers of “The Masked Singer” Season 4 premiere certainly saw an excited crowd shouting, singing and dancing on Wednesday night … but not everything was as it appeared to be.

“Due to health restrictions, visuals of audience featured in this episode included virtual shots as well as shots from past seasons,” read the fine print at the end of the episode. “The use of these visuals was for creative purposes only and did not impact the actual audience voting and outcome.”

Yep, that means all those close-up shots of the audience members were actually filmed during previous seasons. That’s why you didn’t see them specifically shouting the names of the contestants — Snow Owls, Sun, Giraffe, Popcorn and Dragon (who was unmasked as Busta Rhymes) — or making character-specific hand gestures, as has been a custom of the series since the beginning.

Various reality shows have handled the whole “no audience” thing differently. “Dancing with the Stars” utilizes pre-recorded audio tracks of clapping/laughing/booing. “Big Brother” scrapped its studio crowd for the live eviction episodes. And “America’s Got Talent” welcomes a virtual audience with fans Zooming in from all around the country.

Were you fooled by the fake audience on “The Masked Singer” season premiere, or did you notice something was slightly off? Let us know down in the comments section.