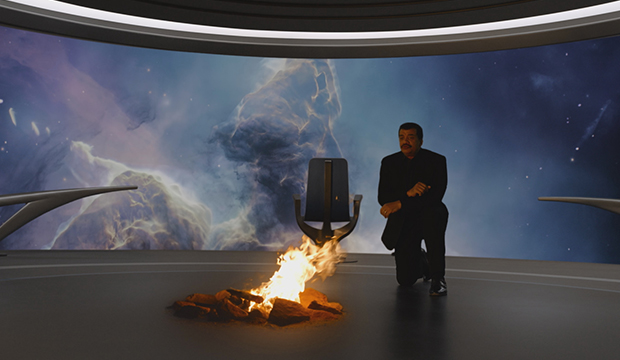 If you’re still confused about quantum mechanics after “Avengers: Endgame” (who isn’t?), don’t worry, “Cosmos: Possible Worlds” is here for you.

In the first of two new episodes on Monday, “Magic Without Lies,” airing at 8/7c on Nat Geo, host Neil deGrasse Tyson and the Ship of the Imagination will introduce you to the the man who “stumbled upon this hole in reality” of quantum mechanics and the “still-unfolding technological revolution that made it possible.” Something tells us a rat won’t be involved, but maybe they can explain time travel.

The second episode of the night, “A Tale of Two Atoms,” airing at 9/8c, is exactly what the title suggests. It follows two atoms that meet on a small planet — or as Nat Geo puts it, it’s about “how a deadly embrace between science and state altered the fate of the world, and a gripping cautionary tale of mass casualty and unlikely survival.” Not to be dramatic or anything, but then again, what about the mysterious ways of the universe isn’t dramatic?

These two hours are part of the final stretch of episodes of the 13-episode third season of the Emmy-winning series, which is airing six years after the second, “Cosmos: A Spacetime Odyssey” and 40 years after Carl Sagan‘s groundbreaking original. Like its predecessor, “Cosmos: Possible Worlds” will be seeking a Best Documentary or Nonfiction Series Emmy bid.