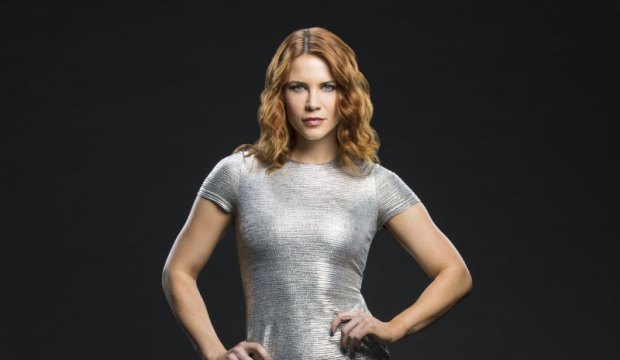 Courtney Hope is departing Los Angeles for Genoa City. The former star of “The Bold and the Beautiful” posted a photo of herself on Instagram on August 20 wearing “The Young and the Restless” apparel with the caption, “This seems like a good fit.” Daytime Confidential subsequently confirmed that the actress is making the move from one soap to the other.

Hope first arrived on “B&B” in 2017 as Sally Spectra, the grandniece of a fashion mogul also named Sally Spectra (the late, great Darlene Conley) and the granddaughter of Shirley Spectra (Patrika Darbo). The younger Sally was so obsessed with Wyatt Spencer (Darin Brooks) that she pretended to be dying in order to keep him with her, and even kidnapped the woman he really loved, Flo (Katrina Bowden). Suffice it to say that didn’t pan out.

SEEAlison Sweeney returns to ‘Days of Our Lives,’ so fans will get some relief from the 2020 cast exodus

What will Hope be up to when she switches soaps. “B&B” and “Y&R” were both created by soap legends William J. Bell and Lee Phillip Bell, and they share a fictional universe. So they’ve swapped characters back and force before, including Ashley Abbott (Eileen Davidson), Amber Moore (Adrienne Frantz) and Sheila Carter (Kimberlin Brown). Other actors have played different roles on the two shows. Heather Tom, for instance, won two Emmys as Victoria Newman on “Y&R” and then four more in her current role as Katie Logan on “B&B.”

So what are you hoping to see from Hope when she arrives at her new home?