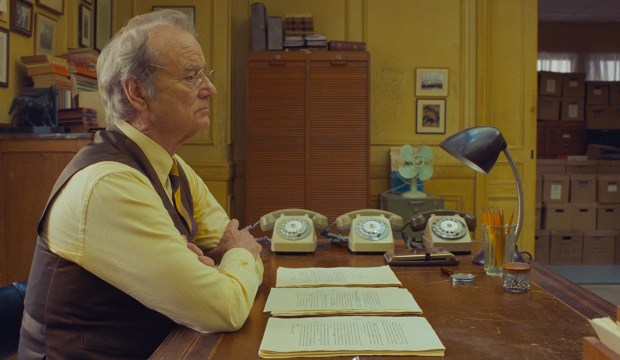 The ongoing global coronavirus crisis is likely to put a crimp in the upcoming fall festival season, especially its effect of being early indicators of what movies are Oscar-worthy.

The first sign that all was not normal came in May, the month that the Cannes Film Festival usually is held. A decision was made that the 73rd edition of the celebration of world cinema would forgo a physical event given the ongoing pandemic. The director of the festival, Thierry Fremaux, announced that they would unveil a selection of movies in early June and collaborate with several festivals such as Venice, Toronto, Deauville and New York to present some films labeled as Cannes selections, if and when those events are eventually held.

SEEOscars poll results: Is it really a good idea to merge Best Sound Mixing and Best Sound Editing? Our readers are divided

A list of 56 titles were released, including Wes Anderson‘s “The French Dispatch” (photo above); Steve McQueen‘s “Mangrove” and “Lovers Rock,” Pixar’s animated “Soul” and actor Viggo Mortenson‘s directorial debut “Falling.” While a record number of female directors are represented in the line-up, McQueen (“12 Years a Slave”) is the only Black filmmaker to make the cut.

And just this week, the Toronto International Film Festival chimed in as well. The 45th year of the biggest film festival in North America, which will run from September 10 through 19, usual schedules more than 250 titles from around the world. But given the circumstances, it is shrinking its lineup to just 50 movies this year. According to their press release, they will rely on physical screenings and drive-ins, digital screenings and virtual red carpets, press conferences and industry talks.

No real news has come out yet about the state of Telluride. According to two of our Experts, who are seasoned festival attendees — Anne Thompson of Indiewire and Pete Hammond of Deadline — they are both doubtful that an event in the less-populated state of Colorado will welcome outsiders with open arms this year. Thompson has booked a room for the time being, but also adds it is refundable. “I am prepared to go if it is happening.” But, realistically, she can’t see the festival allowing film journalists to attend who live in such large metropolitan areas as New York City and Los Angeles, where the COVID-19 numbers are high. She believes it just might be a local event, given all the restrictions it would have to overcome.

Hammond says, “Telluride is a big question mark for me. I haven’t decided if I am going , and definitely won’t if they don’t announce what movies they have a la TIFF. They normally don’t until the day before the fest, but this year is different and I don’t know if it is worth it. I can always find out what Oscar-y titles they have from the distribs, but they should put it out there. Heard as of two weeks ago for them the movies still aren’t there and they are waiting until mid-July to make a final call on go or no go.”

But what really made him rethink the season was TIFF’s announcement this week of their virtual/physical hybrid screenings. “It really takes the air out of the balloon, if you ask me, at least in terms of covering fall fests from the usual Oscar launch perspective.”

He will likely rely on virtual press screenings, including what TIFF will offer on line. Hammond also notes that if the festivals stick to their fall dates, they will have less impact on the Oscar season now that the academy has moved back the date of the 93rd Academy Awards to April 25, 2021 — extending the season to eight months. As for Venice, both Experts think it will turn into a European-centric and more local festival.

Hammond, who like Thompson is based in L.A., will be able to attend Netflix physical screenings at the Egyptian Theater in Hollywood.  “As for movies with any buzz, most of them seem to be from Netflix anyway at this point.”