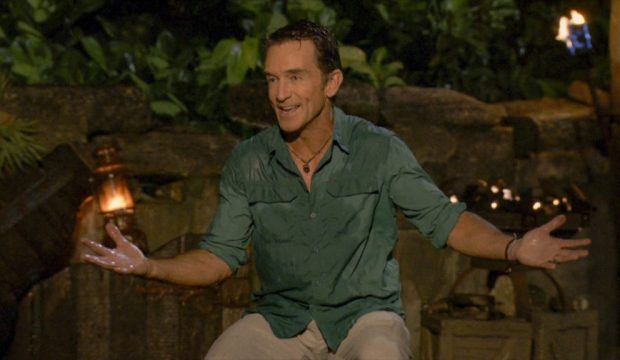 Despite remarks made by host and executive producer Jeff Probst last month, “Survivor” will not be part of CBS’s fall schedule due to the production shutting down because of ongoing concerns about the coronavirus pandemic. Instead, “The Amazing Race” will take over its Wednesday 8 p.m. time slot.

The long-running reality TV show initially postponed production in March when the WHO designated COVID-19 as a global pandemic. But Probst had hopes that they could start shooting their 41st season in May. Since 2016, “Survivor” has shot two seasons per year in Fiji’s Mamanuca Islands, recruiting locals to work beside a global production crews.

SEEDon’t feel stranded, ‘Survivor’ fans — Season 41 is on the horizon and is scheduled to air this fall on CBS

Fiji’s Prime Minister Voreque Bainimarama issued a statement of Phase 3 of the island’s COVID-Safety Economic Recovery, which included measures that would be in place for upcoming film productions. Since the island was able to declare itself COVID-19-free with no new cases in the past 64 or so days, it was thought safe enough to conduct filming, with measures taken to test all outsiders — both crew and contestants — to make sure they were negative. They would also have to quarantine for the mandatory two-week period.

The cast for the season was already picked in late February, but the change in the filming date as well as protocols put in place for assuring no one is carrying the disease likely made it inconvenient for some who were originally cast. There were hopes that the 41st edition of the show would start filming in July and it was tentatively set to air on September 23. But as CBS Entertainment President Kelly Kahl told Deadline that “Survivor” and “The Amazing Race” were trickier to get back into production than other shows.

He added, “That’s going to be a little complicated because we literally have to navigate some international waters.”