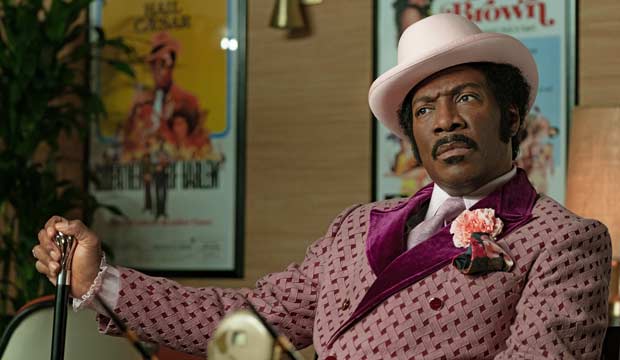 The year 2019 was notable for many ups and downs, but one of the more pleasant surprises was the return of comic actor Eddie Murphy back into our lives thanks to his performance as scrappy underground filmmaker Rudy Ray Moore in the Netflix comedic biopic “Dolomite Is My Name.” Even better was enjoying Murphy’s recent hosting stint on the TV variety show that launched his career, “Saturday Night Live,” as he revived such beloved characters as Gumby, Buckwheat, Mr. Robinson and Velvet Jones.

Apparently, the folks behind the Critics’ Choice Awards took note of his rather successful showbiz comeback — including nominating Murphy for his “Dolemite” performance — and have decided to present him with a Lifetime Achievement Award during the 25th edition of their ceremony. The event will air live on the CW Television Network on Sunday, January 12, 7 to 10 p.m. ET (delayed PT). Actress Kristen Bell will receive the fourth annual #SeeHer Award during the ceremony as well. Returning as emcee is actor Taye Diggs.

Murphy is among the top-five box-office performers of all time, starring in a string of $100 million films over the past three decades.   He might add to that list now that he has wrapped “Coming 2 America,” the long-awaited sequel to his 1988 hit. If you need a pick-me-up, watch the video below of some of Murphy’s greatest hits on the small and big screen, courtesy the Critics’ Choice Awards. Just note that the awards show previously presented a trophy for his dramatic supporting performance in the 2006 hit musical “Dreamgirls,” an honor the Oscars denied him although he was a nominee. So they like him, they really like him.

Eddie Murphy will be honored with a Lifetime Achievement Award at the 25th Annual #CriticsChoice Awards on January 12. Watch the show LIVE on @TheCW https://t.co/SgLBxPm96D pic.twitter.com/l1FyKJvAcj