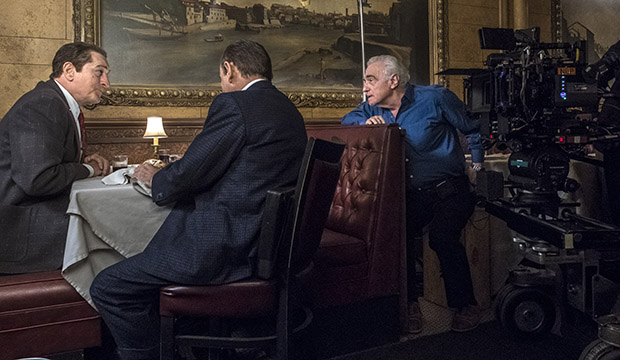 “Parasite’s” Bong Joon Ho is expected to take home the Critics’ Choice Award for Best Director on Sunday, per our overall odds, but it’s a much closer race if you ask our Experts. Bong and Martin Scorsese are each backed by five Experts, and if the “Irishman” helmer pulls out the win, he’d set a new record in the category.

Currently, Scorsese is one of three people with two directing wins, having prevailed for “The Aviator” (2004) and “The Departed” (2006). Steven Spielberg has bookend awards for “Saving Private Ryan” (1998) and a dual citation for  his 2002 films “Catch Me If You Can” and “Minority Report,” and last year, Alfonso Cuaron added a second statuette for “Roma” (2018) to go with the one for “Gravity” (2013).

A win for Scorsese would be a good boon for “The Irishman,” which was shut out at the Golden Globes, going 0-5. The epic is critically acclaimed, and part of the film’s narrative is being Scorsese’s final mob hurrah. Plus, in a field of seven, really, anyone can win.

SEE ‘The Irishman,’ ‘1917’ and ‘Parasite’ predicted to win big at Critics’ Choice Awards, but Best Picture is (almost) too close to call

In the Critics’ Choice Awards’ 24-year history, its directing winners have gone on to nab the Oscar 17 times. Its last mismatch was four years ago, when it awarded George Miller (“Max Mad: Fury Road”) over eventual Oscar champ Alejandro G. Inarritu (“The Revenant”); in fact, Critics’ Choice didn’t award Inarritu for either of his Oscar-winning films, as “Boyhood’s” Richard Linklater defeated him for “Birdman.”

Of the trio of two-time Critics’ Choice directing champs, only Cuaron has converted both into Oscar wins. Scorsese lost for “The Aviator” to Clint Eastwood (“Million Dollar Baby”), but he won for “The Departed.” Spielberg triumphed for “Saving Private Ryan” and wasn’t nominated for either “Catch Me If You Can” or “Minority Report.”

Quentin Tarantino (“Once Upon a Time in Hollywood”) is in third in our odds, followed by Globe champ Sam Mendes (“1917”), who could join the two-timers club, Noah Baumbach (“Marriage Story”), Greta Gerwig (“Little Women”), and Benny and Josh Safdie (“Uncut Gems”).

PREDICT the Critics’ Choice Awards now; change them until January 12

Be sure to make your Critics’ Choice predictions so that Hollywood studio executives and top name stars can see how their films are faring in our odds. Don’t be afraid to jump in now since you can keep changing your predictions until just before winners are announced on January 12. And join in the fierce debate over the Critics’ Choice Awards taking place right now with Hollywood insiders in our film forums. Read more Gold Derby entertainment news.