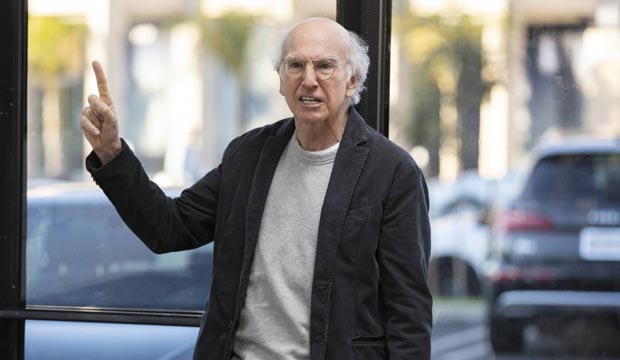 On Oct. 15, 2000 HBO’s landmark comedy series “Curb Your Enthusiasm” debuted, introducing the world to the idiosyncrasies of the genius comedic mind of “Seinfeld” co-creator Larry David. Over the series’ 10 seasons and 100 episodes, David has played a hilariously exaggerated version of himself, a proud “social assassin” who’s often on the outs with friends and strangers for his strong, brutally honest opinions about everyday life and the ridiculousness of society.

“Curb” quickly followed on the heels of David’s 1999 pseudo-documentary “Larry David: Curb Your Enthusiasm,” which chronicled his return to standup years after wrapping “Seinfeld.” In that special and on all 1o seasons of the show, David has been joined by Jeff Garlin as his manager Jeff Greene and Cheryl Hines as his wife Cheryl David, who earned an Emmy nomination for her role in 2006. Susie Essman and J.B. Smoove round out the cast as Jeff’s riotous spouse Susie and Larry’s perpetual house-guest and newest best friend Leon Black, respectively.

Though beloved for how it skewers life’s mundane moments, almost every season of “Curb” features a huge arc, whether its Larry pitching a new series with Jason Alexander and Julia Louis-Dreyfus, opening a Los Angeles restaurant with friend Ted Danson, starring in a production of Mel Brook’s musical “The Producers,” begrudgingly giving his best friend Richard Lewis a kidney, opening up his home to a Black family displaced by a hurricane, mounting a “Seinfeld” reunion, moving back to New York City, living in disguise to survive a fatwa, or opening a coffee shop purely out of spite.

Over the course of its 10 seasons, David has invited a who’s who of celebrities to appear on the show––174 of them, to be exact. Those guest spots have translated to four Emmy nominations in the Guest Actor category, with bids for Lin-Manuel Miranda and Bryan Cranston for season 9, Michael J. Fox for season 8, and Shelley Berman for season 6. In the above video, check out some of the most memorable celebrity cameos on the series, which includes bows from Jon Hamm, Wanda Sykes, David Schwimmer, Stephen Colbert, Mel Brooks, Anne Bancroft, Ben Stiller, Shaquille O’Neal, Michael J. Fox, Elizabeth Banks, Damon Wayans Jr., Steve Coogan, Vivica A. Fox, Abbi Jacobson, Jonah Hill, Vince Vaughn, the “Seinfeld” cast, Rosie O’Donnell, Isla Fisher, and John McEnroe.

For its two decades of improvised comedy––the dialogue for each episode is improvised based on a detailed outline written by David––the series has earned a whopping 47 Emmy nominations, winning two, six SAG bids, and five Golden Globe notices, winning one. You can relive every single minute of Larry David’s awards-minted antics, including this year’s batch of Emmy-nominated episodes, by streaming the entire series on HBO Max.