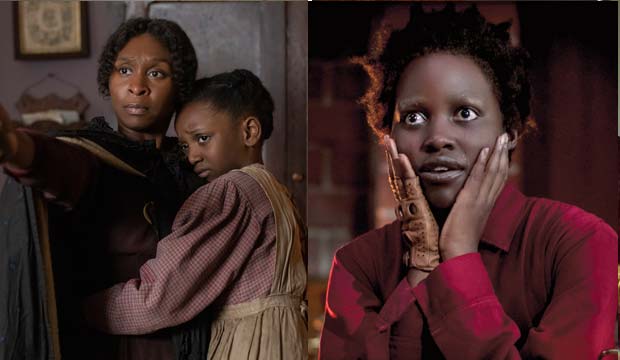 Cynthia Erivo (“Harriet”) and Lupita Nyong’o (“Us”) have both racked up their fair share of precursor support leading up to January 13’s Academy Award nominations. Erivo earned Critics’ Choice, Golden Globe and SAG Award nominations for playing Underground Railroad conductor Harriet Tubman, while Nyong’o has earned Critics’ Choice and SAG noms plus numerous other critics’ awards for her haunting two-character performance as a heroic mother and her evil doppelganger. But if they both earn Oscar nominations, it would be only the second time in history that two Black women were nominated for Best Actress at the same time.

Erivo and Nyong’o have already made history at both the Critics’ Choice and SAG Awards as the first dual Black nominees for Best Actress, but one pair of leading ladies have pulled it off at the Oscars before: Diana Ross and Cicely Tyson, who were nominated together for their 1972 performances in “Lady Sings the Blues” and “Sounder,” respectively.

Those nominations made them only the second and third Black nominees ever in the category, following Dorothy Dandridge (“Carmen Jones,” 1954). Due to the dearth of major roles for Black actresses at that time, neither of them have earned another Oscar nomination since. However, in 2018 Tyson was honored with a long overdue Honorary Oscar, which made her the first Black woman to receive that recognition.

SEEDear Oscar voters: You better consider Lupita Nyong’o in Best Actress for her Red-hot one-two punch in ‘Us’

Will Erivo and Nyong’o join this exclusive list? It would be the first Academy Award nomination for Erivo, who has already racked up Tony, Grammy and Emmy Awards in her young career, putting her within striking distance of EGOT. Meanwhile, it would be Nyong’o’s second nomination after she took home the award for Best Supporting Actress for her role as Patsey in “12 Years a Slave” (2013). As of this writing both women are on the bubble in our official Best Actress odds, with Nyong’o ranked sixth and Erivo seventh. Might we be underestimating them?