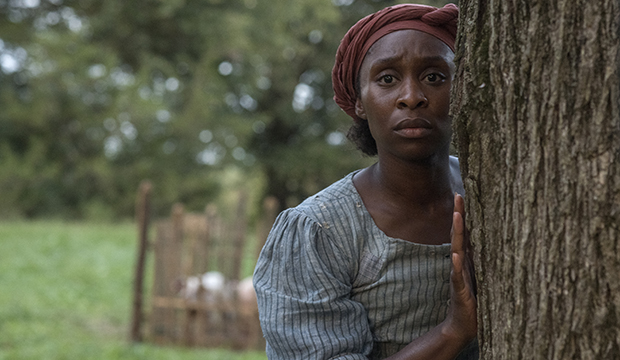 Stephen King sparked major backlash on Tuesday after he tweeted that he would never consider diversity as an Oscar voter in the wake of Monday’s primarily white slate of acting nominees and all-male directing lineup. Ironically, the one POC acting nominee, Cynthia Erivo (“Harriet”), stars in HBO’s limited series adaptation of King’s novel “The Oustider,” and the two-time Oscar nominee responded to the author’s tweet on Wednesday, calling on TPTB to be more inclusive.

“I can’t solve how you balance diversity with quality of work. I’d like to think I’m part of the world of diversity,” Erivo said via satellite from Tokyo, where she’s filming “Genius: Aretha,” during the “Outsider’s” panel at the Television Critics Association winter press tour. “I think you just have to open doors and open eyes to those people who are making the work. I am one of them, so if there’s room for me to play, that’s what I’m going to do. And if I can create room for others, that’s also what I’m going to do. But it’s also up to those people who are used to doing things a certain way to change priorities, change the way they think, change the way they cast things, change the way they line up their producers and their directors and the writers and make sure the room reflects the world we live in.”

King received enormous blowback on social media from fans and celebrities alike after he laid out his thinking process when he voted in the Best Original Screenplay, Best Adapted Screenplay and Best Picture categories.

“For me, the diversity issue–as it applies to individual actors and directors, anyway–did not come up,” he wrote. “I would never consider diversity in matters of art. Only quality. It seems to me that to do otherwise would be wrong.”

As a writer, I am allowed to nominate in just 3 categories: Best Picture, Best Adapted Screenplay, and Best Original Screenplay. For me, the diversity issue–as it applies to individual actors and directors, anyway–did not come up. That said…

…I would never consider diversity in matters of art. Only quality. It seems to me that to do otherwise would be wrong.

After being criticized by his fans and followers, including Ava DuVernay, King tweeted, “The most important thing we can do as artists and creative people is make sure everyone has the same fair shot, regardless of sex, color, or orientation. Right now such people are badly under-represented, and not only in the arts”.

The most important thing we can do as artists and creative people is make sure everyone has the same fair shot, regardless of sex, color, or orientation. Right now such people are badly under-represented, and not only in the arts.

Erivo’s Best Actress nomination barely helped the academy avoid another full-blown #OscarsSoWhite. But stars like Lupita Nyong’o (“Us”), Awkwafina (“The Farewell”) and Jennifer Lopez (“Hustlers”) were overlooked after hitting precursors, and the Best Actress category remains the least diverse: There’s still yet to be an Asian-American nominee and there’s only been one lineup — 47 years ago — with multiple POC nominees. Meanwhile, the Best Director field was all-male, as usual, despite a plethora of critically acclaimed and successful female-helmed films in 2019.

SEE Awkwafina on ‘The Farewell’s’ Oscar snubs: I’m ‘grateful’ for awards run, but ‘there’s always more work to be done’

“I feel like this year we had a flurry of beautiful pieces by people who are of diverse nature — black women, women in general,” Erivo added. “I think you’re seeing more of it more TV, HBO particularly — you have Regina King in ‘Watchmen,’ who’s incredible.”

Erivo received two nominations on Monday, the other for Best Original Song for “Stand Up” from “Harriet.” The actress, who’s an Oscar away from an EGOT, shared that she was en route to Tokyo when she got word of her bids.

“I was completely disorientated when I found out about the Oscar nomination,” she recalled. “I was in the air on the way to Tokyo, so that was interesting. I’m now still sort of having an out-of-body experience because it keeps coming in waves because I really didn’t expect that to happen, which is amazing.”