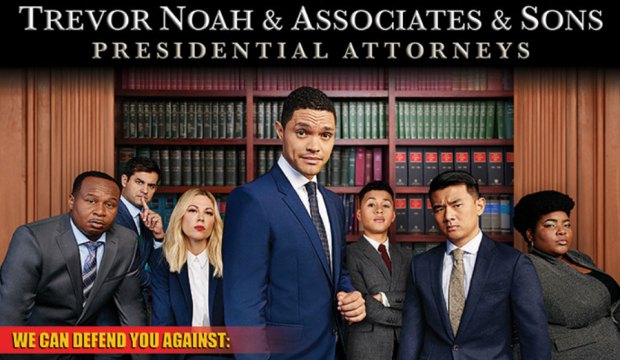 “The Daily Show” made headlines on Wednesday night, August 26, when Trevor Noah commented on Jacob Blake, who was shot seven times in the back by police in Kenosha, Wisconsin. Then on Thursday the show also took out a full-page ad in the New York Times, Washington Post and Los Angeles Times to coincide with the Republican National Convention. Scroll down to see the “Daily Show” team offering their legal services to the “soon-to-be ex-president” who is “about to lose legal immunity.”

Trevor Noah and Associates and Sons, presidential attorneys offer to defend their prospective client against charges of “corruption,” “mega-corruption,” “emoluments” violations (“We know what that is!”), “shady rich guy tax stuff,” “obstruction of justice (same price for multiple counts),” “you told people to inject bleach for some reason” and “mail murder.” Included in the ad is a phone number, 1-210-WH-CRIME, which directs to a pre-recorded message with a number of prompts.

“The Daily Show” usually airs four nights a week, but it has expanded to five nights to cover the Democratic and Republican conventions. These events also coincide with Emmy voting, which started on August 21 and ends on August 28. The show is nominated six times this year including Best Variety Talk Series, Best Variety Series Writing and Best Variety Series Directing. This is the first time the show has been nominated for writing and directing since Trevor Noah took over the anchor chair from Jon Stewart in 2015.

Do you think “The Daily Show” will have a windfall at this year’s Emmys? And will Trump take advantage of their legal services? Goodness knows the “Daily Show” team is as qualified to be lawyers as the Trump family is qualified for government. 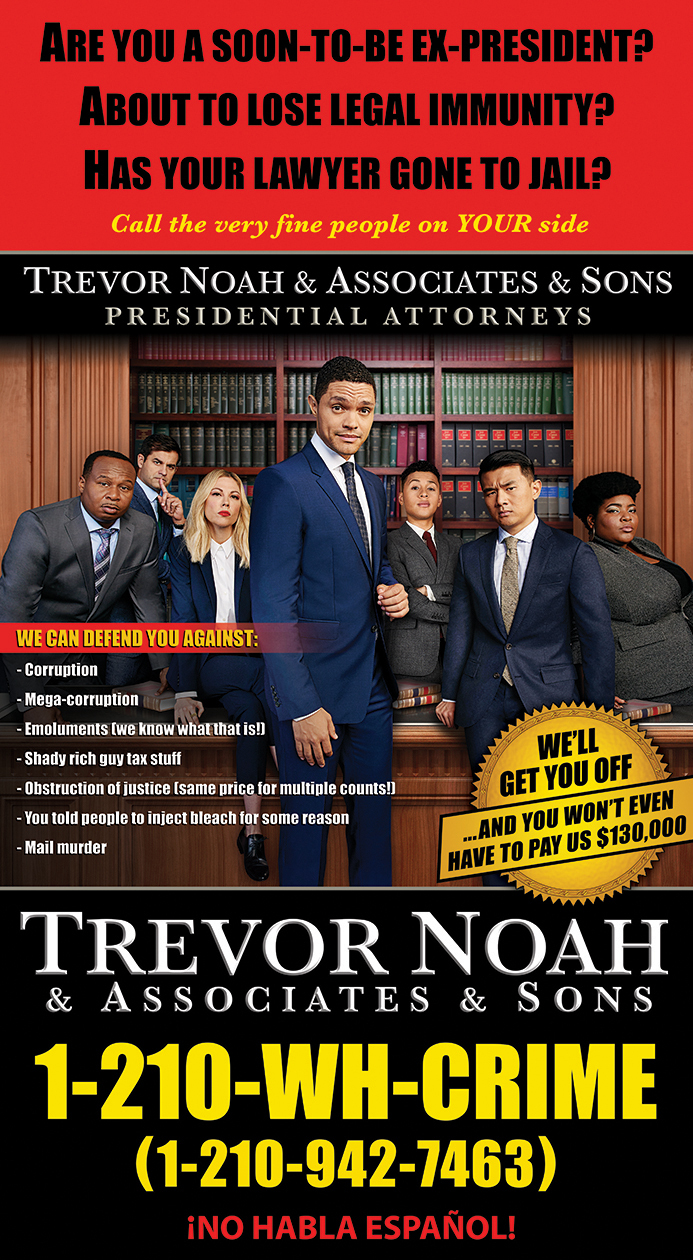