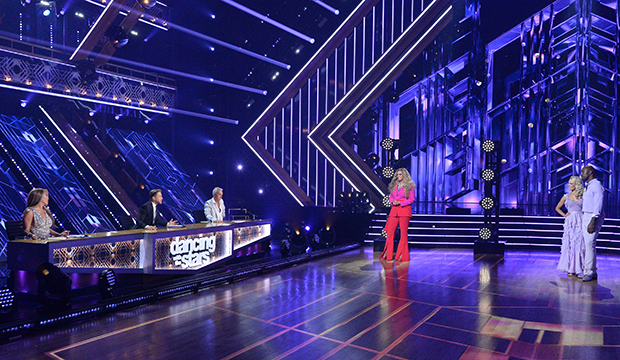 If you tuned in to Monday’s season premiere of “Dancing with the Stars,” you may have heard new host Tyra Banks mention that the first elimination will take place “next Tuesday” a few times. No, that wasn’t a flub, and no one got their calendars mixed up. Next week episode will air on Tuesday, Sept. 22, not Monday, so adjust your schedule accordingly.

“Dancing” is getting displaced next week because of football. The “Monday Night Football” game between the New Orleans Saints and Las Vegas Raiders at the latter’s new stadium will be simulcast on Monday on ESPN and ABC, marking the first “MNF” broadcast during the regular season on ABC since the 2005 season. The date is the 50th anniversary of the inaugural “MNF” game, when the Cleveland Browns defeated the New York Jets, on Sept. 21, 1970.

As a result, “Dancing” will air its Week 2 show on Tuesday, during which the first elimination will take place. Voting will also commence with this episode — fans in the entire country can vote when the two-hour episode is airing live in the Eastern and Central time zones. The votes will be combined with the couples’ Week 1 and Week 2 scores to determine the first elimination of the 29th season.

Skai Jackson and Alan Bersten, and Justina Machado and Sasha Farber topped the premiere with scores of 21, while Carole Baskin and Pasha Pashkov was at the bottom with 11.

“Dancing” will return to its regular Mondays-at-8 slot the following week.