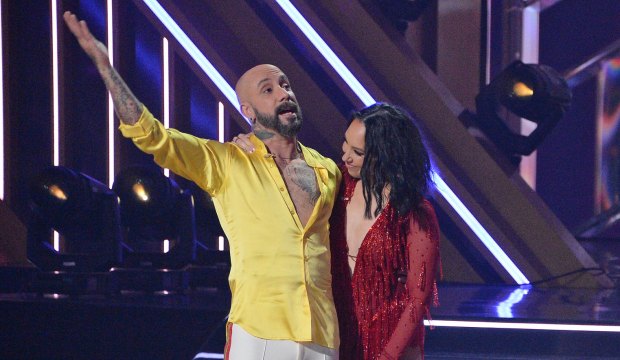 The “Dancing with the Stars” Semi-Finals are on November 16, but Backstreet Boys singer AJ McLean won’t be there. He was eliminated in seventh place on “Icons Night” after struggling through one of his two routines. But did he really deserve to go? The readers we surveyed don’t think so. Scroll down to see our complete poll results.

Only 22% of respondents thought McLean deserved to go home. Admittedly, he did have a rough time with his Viennese waltz inspired by Freddie Mercury. He fumbled some of his choreography, resulting in the lowest judges’ score of the night. But then he won his head-to-head against Johnny Weir with his jive during the Dance-Off round, earning him bonus points that pulled him out of the bottom of the leaderboard.

However, McLean still ended up in the bottom two after viewer votes were added to the judges’ scores. So did Weir, shockingly, since Weir got a perfect score during the first round and was at the very top of the leaderboard at the end of the night. When it came time for the judges to decide who would be saved and who would be eliminated, Derek Hough voted to rescue McLean, but Carrie Ann Inaba and Bruno Tonioli wanted to keep Weir around, so McLean was officially sent home.

SEE‘Dancing with the Stars’: Is Nev Schulman Broadway-bound after this ‘Iconic’ jive? ‘Now that we have a new president, maybe’ [WATCH]

Indeed, most of our readers thought the judges made the right call between the two. Only 13% of “DWTS” fans said Weir was the one who deserved to be sent home. In fact, almost two-thirds of our respondents (65%) thought a contestant should have been eliminated who wasn’t in the bottom two. Perhaps they thought it should have been Nelly, who has been at the bottom of the judges’ leaderboard for the last two weeks in a row, but has never been in the bottom two after viewer votes were counted.

Clearly Nelly’s fans have been rallying around him, but does that mean he took a spot that should rightfully have been McLean’s? And could he surprise us again by making the final four despite his relatively low scores? 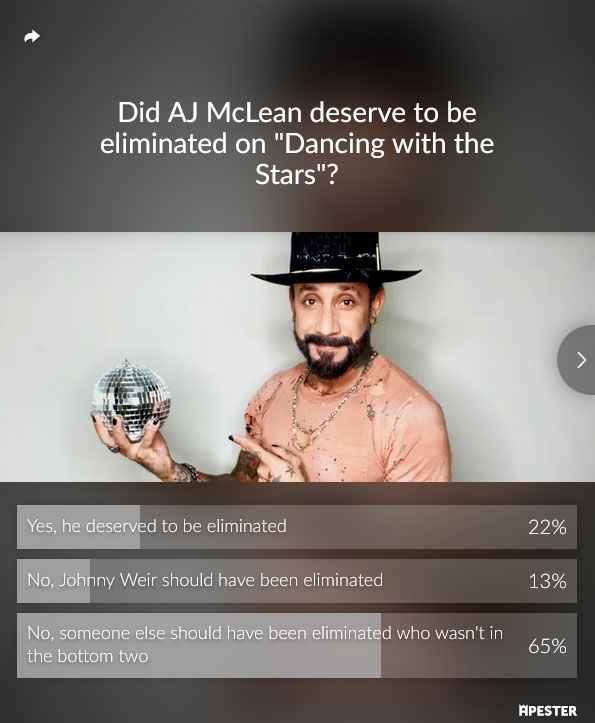