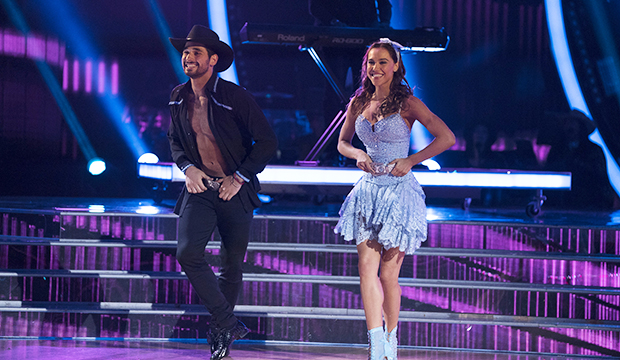 If “Dancing with the Stars” ever does another all-star season, you can for sure rule out one alum: Alexis Ren. The model and influencer, who finished in fourth place on Season 27, says she would never do the show again.

But don’t think this has anything to do with her ill-fated, awkward showmance with her partner Alan Bersten, from whom she split two weeks after the season ended in December 2018 and to whom she no longer speaks. Nope, it’s because of the physical demands of the series.

“I don’t think the TV show actually shares how hard the work actually is. I was in the studio six hours a day every single day, not including show days. Show days are from 7 a.m. to 9 p.m.,” Ren told “In the Know.” “Then you have four days to learn a new genre every single week. And on top of it, your body doesn’t have any time to heal from using different types of muscles.”

Having done ballet as a child, Ren was familiar with dance training, but the show’s accelerated schedule did a number on her body. She cracked a rib and then cracked another one on the opposite side during Halloween week, which she was glad was not shown.

“It was so hard on my body itself that, actually, after, I had just joint problems, because it’s not natural to go that deep into dance,” she continued. “I know that because, being a ballerina, you spend eight years to 10 years getting ready for being on point, whereas they’re throwing you into advanced dances in four days.”

Still, despite the regimen taking a toll on her body, Ren found the the show to be “an amazing experience,” and the blood, sweat and tears all worth it for the end result. “You spend all that time during the week stressing and crying and working and all these things just to get that two minutes on stage. The concept of that is crazy to me, and it is worth it. Those two minutes are worth it,” she said. “I knew that if I was going to do it, I had to go in 150 percent and truly just show up for the dance itself. So yeah, it was the most fun I’ve ever had and I’ll never do it again.”