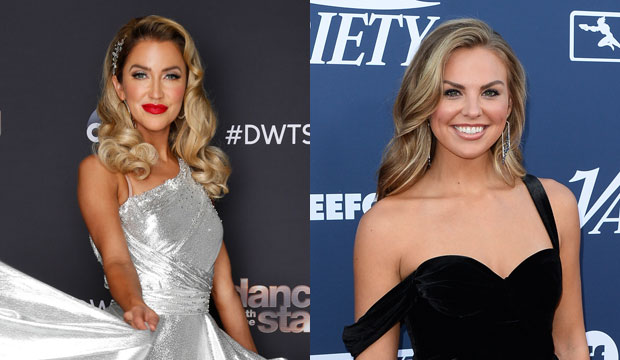 “Bachelorette” alum Kaitlyn Bristowe is one of the final four who will compete for the Mirror Ball Trophy in the “Dancing with the Stars” season finale on November 23. If she wins, she’ll be the second straight “Bachelorette” to do so after Hannah Brown claimed the prize one year ago in season 28. But during the Semi-Finals, Bristowe already surpassed Brown in one important metric: the judges’ scores.

After all was said and done last year, Brown ended her season with an average judges’ score of 25.6 out of 30 per dance, which is about 8.5 out of 10 per judge. But Bristowe just added two perfect dances to her tally during the Semi-Finals, bringing her average up to 25.7, which rounds to 8.6 per judge. Bristowe is almost guaranteed to increase that average during the finale. In most seasons, you’d have to fall flat on your face to get lower than 9s during the finale, and Bristowe’s technique has always been her strong suit.

Of course, Bristowe might be benefiting from the different composition of her judges’ panel. Brown was evaluated by the usual lineup of Carrie Ann Inaba, Len Goodman, and Bruno Tonioli. However, because of the COVID-19 pandemic, Goodman was unable to travel back to the US from England. So “DWTS” alum and six-time Mirror Ball champion Derek Hough filled in for him. Goodman was typically the strictest judge on the panel, so it’s possible Hough’s presence has given everyone a bump relative to what their scores might have been last year.

So you be the judge. Which “Bachelorette” star is the better dancer: Bristowe or Brown? Vote in our poll below.