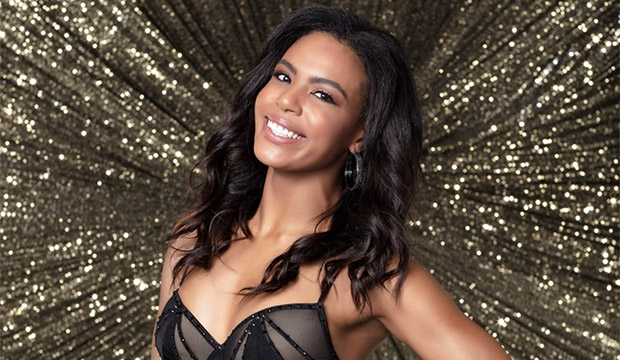 Britt Stewart started crying after she got the offer to become the first Black female pro on “Dancing with the Stars.”

“When it set in, emotion really took over,” Stewart told “Entertainment Tonight.” “I started crying and then immediately when I got off the Zoom call [with producers] I called my mom and I was just like, ‘Ahh!’ and just all the tears were flowing.”

She added: “Ever since I found out, I just don’t really know what to do with myself. So much excitement, so much emotion.”

A former troupe member, Stewart was one of the 14 pros announced on Tuesday for the upcoming 29th season. She and Daniella Karagach are the two first-time pros. The troupe was disbanded last season, so Stewart wasn’t on the show at all. “Dancing” has had Black male pros, including Brandon Armstrong and Keo Motsepe, both of whom will be on Season 29, but Stewart will be the one to break down the door for Black females.

“To be the first Black female pro is such an honor, and I definitely don’t take it lightly,” she said. “Having this opportunity and position is just so beautiful. I’m so happy to take it on and also be a part of a show that celebrates diversity.”

The 30-year-old said she has always felt “celebrated — for not just my race, but for all of me” during her five seasons as a troupe member and the two “Dancing” tours she did. “Being part of ‘Dancing with the Stars,’ which has that sort of love and openness for equality, is an honor as well,” she added.

Stewart’s promotion also comes after a fan petition launched in June calling for her to become a pro.

“I was so happy to see my girls on Twitter create a petition. It’s so sweet and so heartwarming,” Stewart said. “Sometimes you don’t know how high you can reach until you get to a certain place and you see it. You see it be tangible, or you see someone that looks like you doing it and then realize it’s possible.”