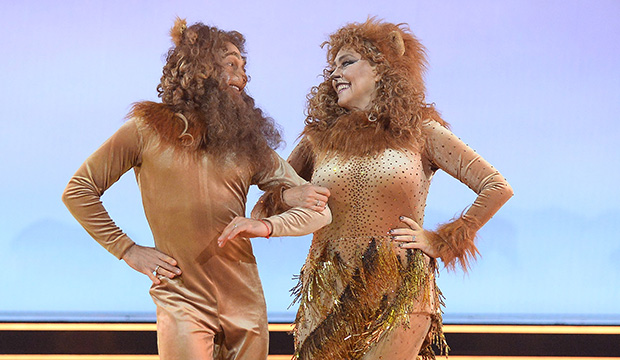 Carole Baskin survived last week’s elimination on “Dancing with the Stars,” but you can’t say the judges didn’t pounce (sorry, not sorry) to boot her with a unanimous vote when she landed in the bottom two again on Monday. But she does not have her claws out for them (OK, last one).

“I don’t feel shocked at all,” Baskin told “Entertainment Tonight” about her elimination. “The people who stayed on the show can really, really dance, and that’s what the show is all about.”

The “Tiger King” star kept up with her cat theme for the third week in a row, performing a samba with Pasha Pashkov to “Circle of Life” from “The Lion King” (1994) for Disney Night. The judges commended her for her effort, but noted how the dance was too slow to resemble a proper samba and had virtually no rolls. She scored a 12, just one point higher than her Week 1 score of 11 for her paso doble.

SEE ‘Dancing with the Stars’ recap: Who went from zero to hero on Disney Night?

Baskin and Pashkov found themselves in the bottom two alongside Anne Heche and Keo Motsepe, who had the second lowest score of the night, a 15 for their quickstep. Bruno Tonioli voted to save Heche, as did Derek Hough, sealing Baskin’s fate (Carrie Ann Inaba said she too would’ve saved Heche). Last week, Hough saved Baskin over Charles Oakley because she had improved more, but he made a point of saying that he could not save her again on Monday.

“I’m thankful that ‘Dancing with the Stars’ gave me the opportunity [for] getting the message out there about big cats. So I’ve accomplished everything I came here to do,” the animal activist declared, adding that she had zero expectations. “Other than I didn’t think anybody could teach me to dance in a million years.”