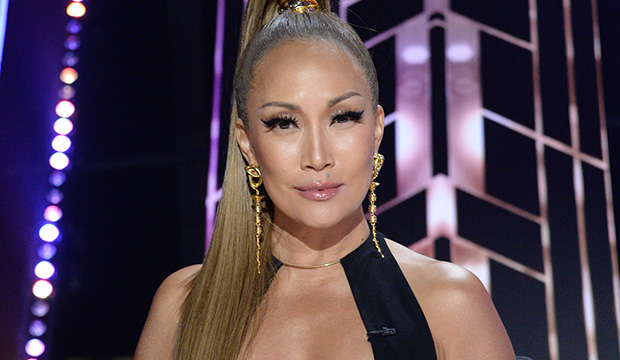 Carrie Ann Inaba is hitting back at her “bullies.” The “Dancing with the Stars” judge has received backlash the past two weeks for her harsh critiques for Kaitlyn Bristowe and Artem Chigvintsev, but she has no plans to change course.

“I’m 52 and I still get bullied. Right about this time is when people start to bully me because of the way I judge people. I can’t believe it still happens as adults,” Inaba said on Tuesday’s episode of “The Talk.” “I want to tell people who bully, it doesn’t make me change the way I judge. I’m not about to change because you try to bully me. It only makes me stand stronger in my convictions and what I believe in.”

Inaba cited her dance experience for her judging methods. “Just so you all know, for all of you trying to bully me about it, I judge the way I judge from my background,” she said. “That is my job to do it and I will always do it based on my own conscience, not because you’re trying to tell me what to do.”

SEE Kaitlyn Bristowe and Artem Chigvintsev remain frustrated by Carrie Ann Inaba’s ‘Dancing with the Stars’ comments: ‘It starts being a little personal’

Last week, Inaba said that she felt like Bristowe “gave up” during her paso doble, which reduced the “Bachelorette” star to tears afterward. On Monday, she docked the pair a point for what she considered a lift after asking Bristowe if she could do the move on her own, to which she said no. After a brief exchange of words, Inaba insisted she would “fight” for deeming it a lift.

After the show, a frustrated Chigvintsev — whom fans were quick to point out dated Inaba from 2006-09 — told “Entertainment Tonight” that Inaba’s stony remarks are staring to feel “personal.” “I feel it’s definitely, maybe not a different standard, but I feel like it’s different expectations. I don’t know,” he stated. “I’m watching back the dance itself, it’s like, ‘Oh, you can kick sharper!’ Well, I can say that about everybody who dances on the show today. I don’t know. It’s really odd.”

Bristowe does not find Inaba’s criticism constructive and noted that the judge was also tough on fellow Bachelorette Hannah Brown last season, who went on to win.

“I just want to know where it comes from. Is it from a place where you believe in us and you want us to do better?” she said. “Is it coming from a place of, ‘I was hard on Hannah and you’re another ‘Bachelor’ girl’? Where is it coming from and how are we supposed to take it and bring it into our next rehearsal? What do you want us to channel and use from it? It’s very hard to understand that. Derek [Hough] says things and I’m like, ‘Great! Oh my gosh, I could work on that. Let’s use that next time.’ Same with Bruno [Tonioli]. And when Carrie Ann says things, I’m like, ‘What do you want us to do with that?’”