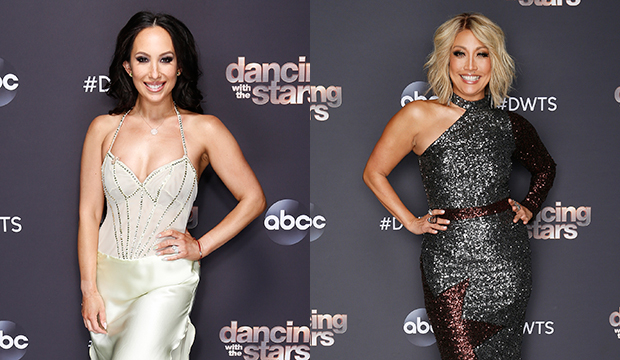 While many fans thought Carrie Ann Inaba was being too harsh on Kaitlyn Bristowe and Artem Chigvintsev the past two weeks, Cheryl Burke feels there is some validity to the judge’s tough critiques.

“I think you just have to know yourself and know your job is to judge and do it with integrity, and making sure that you are helping the couple and not just giving them a comment that is something that they can’t work on, or maybe it’s not detailed enough,” Burke told “Us Weekly.” “Look, I agree with Carrie Ann. I do agree that, like, yes, can Kaitlyn attack things more? Absolutely.”

The drama started on Villains Night last month when Inaba said she felt like Bristowe “gave up” during her “101 Dalmatians”-themed dance. The following week, Inaba docked a point after Bristowe answered that she couldn’t do a move on her own. When Bristowe and Chigvintsev argued, Inaba said she was going to “fight” for calling it a lift. However, everyone kissed and made up on Monday’s episode after the pair’s sizzling Britney Spears-inspired Argentine tango — Inaba gave them a standing O and a 10, producing their first perfect score.

But before the lovefest, Inaba hit back at fans who were “bullying” her, while Bristowe and Chigvintsev were confused and frustrated by Inaba’s comments. Burke’s theory is that contestants with dance experience, like Bristowe, tend to be more “hurt” than someone with no dance experience.

“The show is like ‘Survivor’ meets ‘Dancing with the Stars,'” she said. “The one who can survive [and] who is the most mentally fit, I think, is the one that will go out there and be resilient. It doesn’t matter what comments are going back and forth, it doesn’t matter about the bullying because at the end of the day, you’re here as a judge to make them improve as a dancer and hopefully also as a person. There’s a bigger picture to it all.”

The two-time champ, who was eliminated with AJ McLean on Monday, also argued that anyone who signs up for a reality show knows that negative reactions from the public come with the territory.

“I think that [when] you are saying ‘yes’ to being a judge, then with that comes backlash. You saying ‘yes’ to being on television — I mean, it kind of is what it is, right? Now, it’s up to you on how you want to react to all of these people, these trolls or the negativity,” she stated. “It’s also how you see and perceive it. I tend to just not look at social media, period, when I’m doing a show like this. I’ve realized and I’ve experienced me being affected by that one negative comment or whatever it might be.”