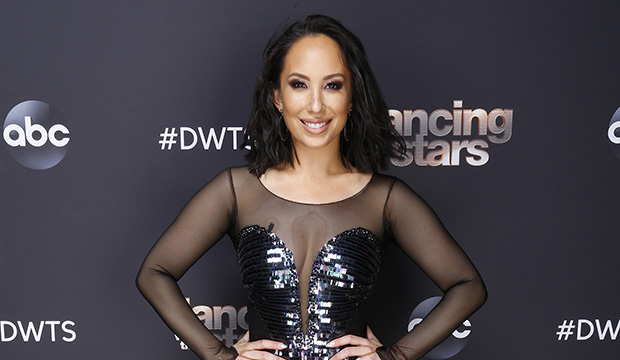 Cheryl Burke is still on this season of “Dancing with the Stars,” but she might be done as a pro on the show for good soon. During an interview on the “Chicks in the Office” podcast, the two-time champ suggested she’ll call time on her “Dancing” career after being asked how long she envisioned herself doing the show.

“My hips don’t lie, and I’m starting to get tendonitis. For a woman, as far as ballroom dancing competitively goes, normally in their 30s [they retire],” Burke said. “I’m 36, so it’s like, ‘OK, time to hang up those shoes.'”

The pro, who’s partnered with Backstreet Boy AJ McLean in the current 29th season, doesn’t want to overstay her welcome either. “I also don’t want to be like that oldie that’s like, ‘Oh, here comes Cheryl doing the same choreography, just going slow but in her head, she thinks she’s going that fast,'” she quipped. “I don’t want to, I guess, be a dancer and have my partner having to be like, ‘Can’t lift.’ There’s a time and a place for it all.”

SEE You really, really want Cheryl Burke to win ‘Dancing with the Stars’ for the third time

Burke joined “Dancing” in Season 2 in 2006 and won it with Drew Lachey. She added a second Mirrorball trophy in Season 3 with Emmitt Smith, becoming the first pro to nab multiple titles. Now in her 23rd season, Burke competed in 18 consecutive seasons before stepping away for the 20th, 21st and 22nd installments to pursue other opportunities. She also missed Seasons 24 and 26.

Whenever she does retire as a pro, the “Dance Moms” alum would like to stick around as a judge, much like how Julianne Hough and now Derek Hough have done. “It would be really great for me just to use my mouth and not my body,” Burke remarked. “I mean, four judges? It’s fine! Just give us each five seconds.”