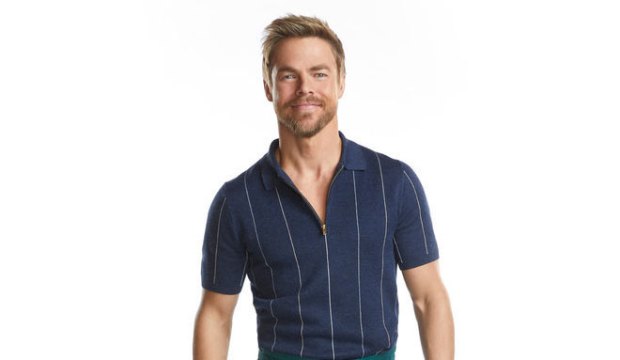 Derek Hough had big shoes to fill when he returned to “Dancing with the Stars” for season 29. He’s the most successful professional dancer in the show’s history, but this time around he’s a judge, sitting in for Len Goodman who was unable to travel back to the US from the UK due to the COVID-19 pandemic. So how did he do during the September 14 season premiere? We asked our readers, who say he passed with flying colors. Scroll down for our complete poll results at the bottom of this post.

Hough gave the highest overall scores during the premiere episode, unlike Goodman who typically gives lower scores on average than his fellow judges Carrie Ann Inaba and Bruno Tonioli. But that’s not to say Hough was a pushover. While he offered moral support to all the contestants, he also gave specific, detailed notes to all of them, even standout celebs like Skai Jackson and Justina Machado who got the highest scores of the night.

SEE‘Dancing with the Stars’ season premiere recap: Who stood out on the first night of a highly unusual season? [UPDATING LIVE BLOG]

For his efforts, our readers gave Hough high marks. A whopping 84% of respondents gave him an A grade for his debut as a full-time “DWTS” judge. Another 9% gave him a B, 6% gave him a C, a mere 1% gave him a D and almost no one thought he deserved a failing grade. Though we shouldn’t be surprised by his success given his track record on the other side of the judges’ table. He won six Mirror Ball Trophies with celebs Brooke Burke, Nichole Scherzinger, Jennifer Grey, Kellie Pickler, Amber Riley and and Bindi Irwin. And he has also taken home two Emmys for his choreography on the show. No one pro comes close to matching those plaudits.

Do you agree with our readers’ assessment of the new judge? Do you hope he sticks around even after this unusual pandemic-affected season? 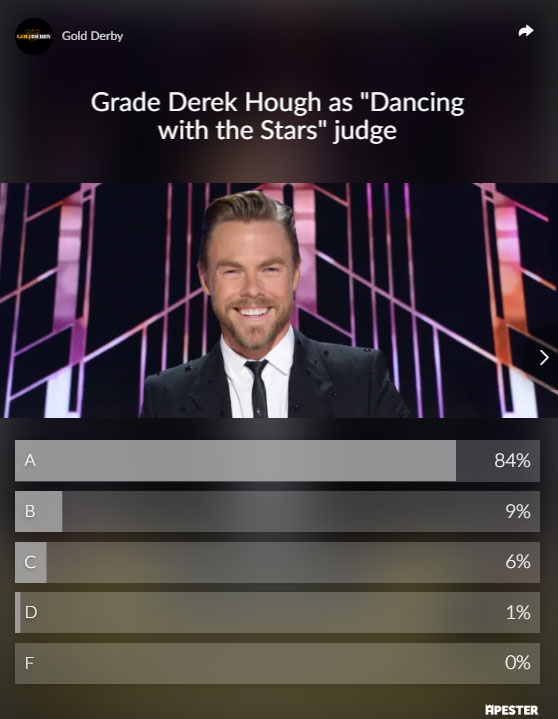