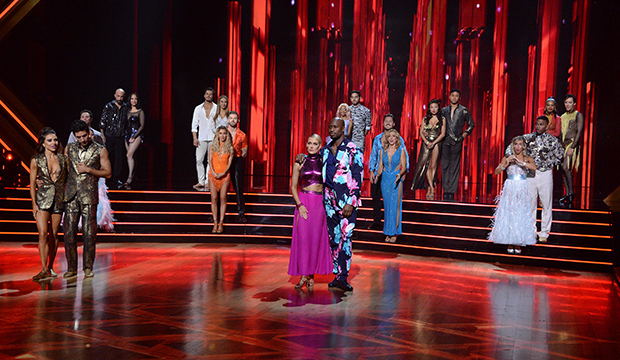 Make your vote count this election — and on “Dancing with the Stars.” The show will have a double elimination on Monday, Nov. 2, aka Election Day eve.

ABC is dubbing the episode “Double Elimination Night — Use Your Vote!”, encouraging fans to vote for their faves to avoid the feared double axing and, oh yeah, for the the future of our country. After next week’s episode, there will be nine couples left, so we’ll get down to seven couples by the end of the Nov. 2 episode.

The episode will presumably be theme-less — unless you count double elimination as a theme — as executive producer and showrunner Andrew Llinares has previously said that “Dancing” will do theme nights every other week. The Oct. 26 episode is Villains Night, which would make Nov. 9 the next theme night. Tyra Banks mentioned Villains Night on Monday’s episode, but not the upcoming double elimination.

“Dancing” didn’t do a double elimination last season, which only had 12 contestants to 15 this year. In Season 27 two years ago, when there were 13 contestants, the show had two double eliminations, cutting DeMarcus Ware and John Schneider in Week 7, and then Joe “Grocery Store Joe” Amabile and Juan Pablo Di Pace during the semifinal. The past two seasons didn’t have eliminations on Disney Night, but “Dancing” did boot someone on the most magical night this year, Carole Baskin.