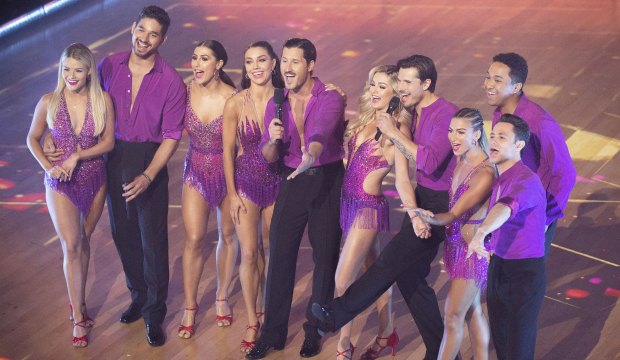 On August 18 “Dancing with the Stars” announced the pro dancers who will be competing on the show for season 29 this fall. So we asked our readers which of the 14 they’re rooting for the most (this was before Artem Chigvintsev was announced as the 15th pro for the season). Scroll down to see our poll results at the bottom of this post.

SEEJames Van Der Beek feels ‘lucky’ he did ‘Dancing with the Stars’ with Tom Bergeron and Erin Andrews, and the feeling is mutual

I, for one, wasn’t too surprised that Val Chmerkovskiy came out on top with 26% of the vote. He’s one of the longest-tenured pros currently on the show, having competed in 15 previous seasons. And fan votes, which are combined with judges’ scores to decide the winners and losers, have taken him a long way. He has finished in the top three seven times, including two victories with actress and singer Rumer Willis in season 20 and gymnast Laurie Hernandez in season 23.

Finishing second in our voting was Sharna Burgess, who was absent from season 28 after her controversial victory with radio personality Bobby Bones in season 27. That was her first victory on the show, and 17% of our respondents are most excited to see her again, though hopefully with a less divisive celeb on her arm.

Rounding out the top three is a relative newcomer to the show: Brandon Armstrong, who hasn’t had much luck yet. He seemed like an early favorite in season 27 when he made his debut as a pro with Tinashe, an R&B singer with previous dance experience, but they were the victims of a shocking early elimination, finishing in 10th place. Then he was the first to go in season 28, ousted in 12th place with legendary singer Mary Wilson. But 15% of fans are hoping he does better than that this time around.

See who else our readers are rooting for below. Who are you most excited to see in the ballroom this season? 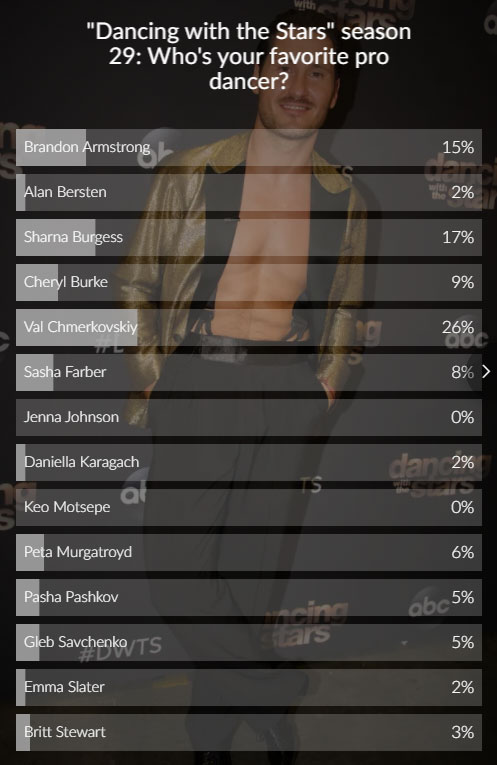